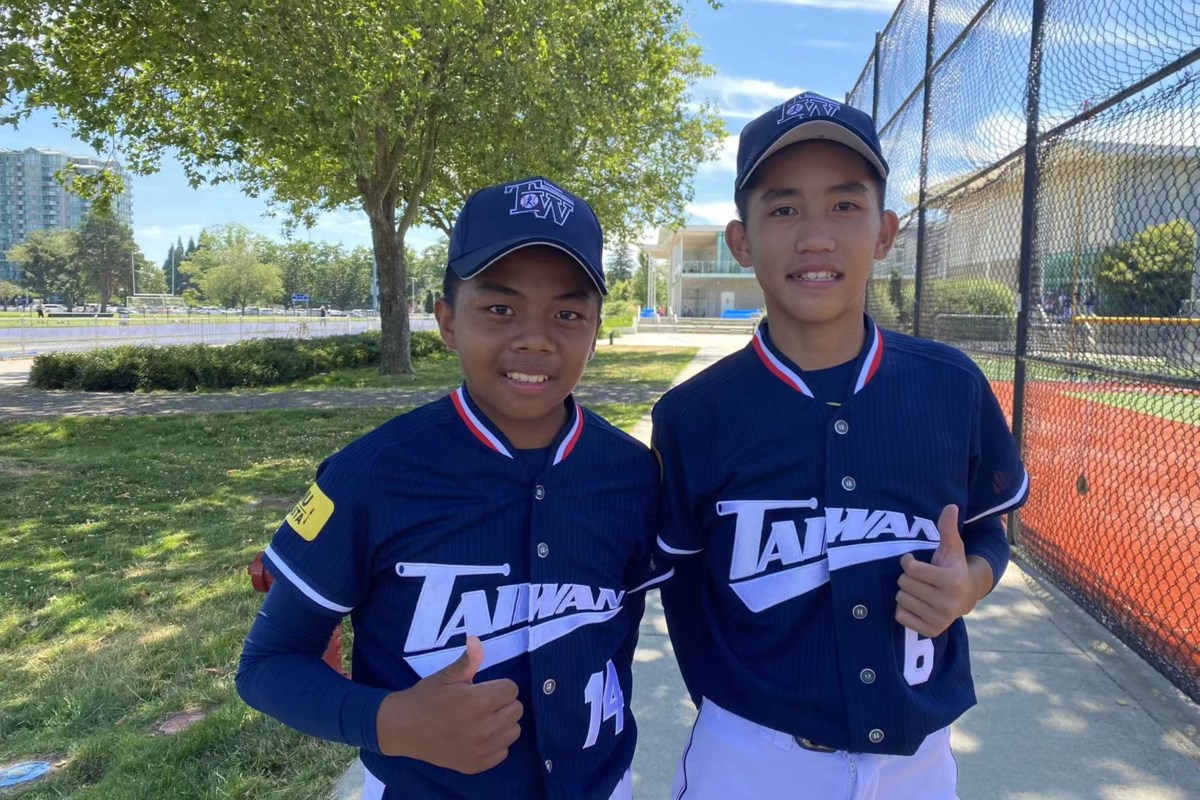 Members of the Taiwan Babe Ruth Baseball League teamed up with local 5 Tool Baseball kids in a cross-cultural partnership.

Minoru Park was awash with laughter Thursday morning as young baseball players ran around the field, trying to break home runs, throw in strikes or catch an errant shot.

Nothing unusual here, you might ask, especially since it’s the middle of summer.

Only this time, the players had just arrived from Taiwan for their first visit to Richmond and Canada.

The youngsters, aged 12 and 13, competed with local children and everyone joined in the intercontinental fun and exchanged gifts.

Members of the Taiwan Babe Ruth Baseball League teamed up with local 5 Tool Baseball kids in a cross-cultural partnership.

“I told every player that the results of the competition don’t matter. The most important thing is to have fun through sports…” said Luxuan Huang, president of the Taiwan Babe Ruth Baseball League , founded two years ago.

One of the league players, 13-year-old Hao Lin, said he still thinks the whole trip overseas to play baseball is like a dream.

“I hope to take this opportunity to meet as many baseball friends as possible,” Lin said.

Jing Chen, another player from Taiwan, said he hopes to be a professional baseball player when he grows up, traveling overseas to compete against top players.

Jack Thompson, coach of the 5 Tool Baseball Team – an organization that aims to help young people become baseball players and great athletes – said all the players on the team were “super excited” to play with the Taiwanese team.

Tony Hsu, president of the Taiwan Chamber of Commerce in British Columbia, said local Taiwanese Canadians welcomed the group into their arms, inviting them to stay at home and taking them to explore Richmond and Canadian culture.

Hsu said his organization would donate money to help baseball fans in Taiwan pursue their passion without worrying about financial barriers.

“We share the same love for sports, especially baseball, as it plays such an important role in Taiwanese culture,” Hsu said. “It’s the shared love for baseball that unites us.”

On Saturday, members of the Taiwan Babe Ruth Baseball League will travel to Milner Park in Langley to take on the players there.