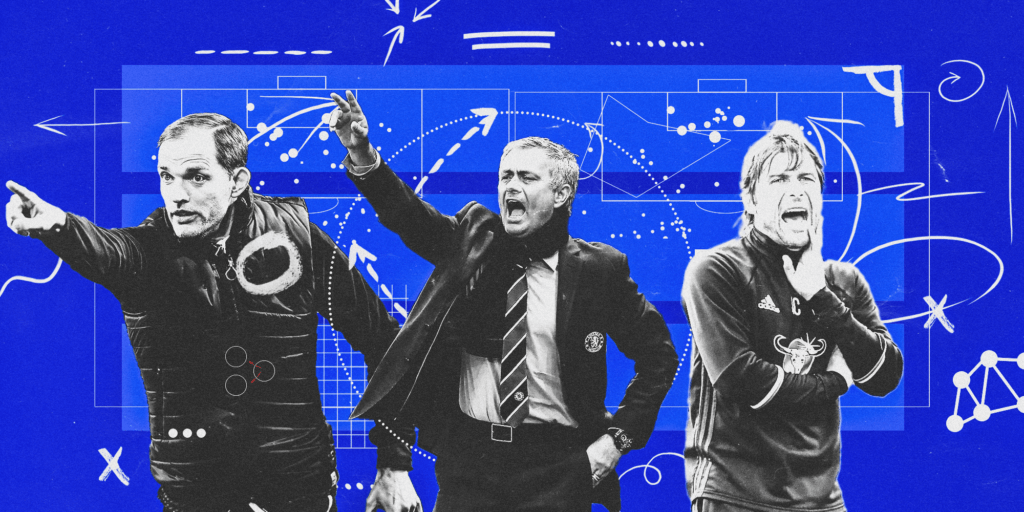 When you think of Chelsea under Roman Abramovich, what style of football comes to mind?

Older fans might immediately think of the first Premier League title-winning juggernaut built by Jose Mourinho, founded on a historically formidable defense and powerful backbone. The younger ones might instead point to Antonio Conte’s 2016-17 champions, characterized by swashbuckling wingers, N’Golo Kante’s unrivaled ball and Eden Hazard’s individual creation. More recently, there are the most possession-hungry sides of Maurizio Sarri, Frank Lampard and Thomas Tuchel.

For many rival fans, the most extreme stereotype of Chelsea’s style in the Abramovich era might be epitomized by their remarkable run to Champions League glory in 2011-12: fierce, diligent defending in a block down, a hardworking midfielder and a ruthless attack. led by a murderous and animated No. 9. But while many of the club’s greatest successes have been underpinned by an elite defence, the overall story has been one of considerable tactical evolution – driven in part by different coaches and groups of players, and in part by the broader changing trends in sports.

With the help of John Muller, Senior Analytical Editor of The Athletic, let’s take a closer look at just how much Chelsea have changed on the pitch over the years…

First, a disclaimer: the advanced performance metrics that offer the best insight into Chelsea’s style of play don’t go back far enough to cover the early seasons of the Roman Abramovich era.