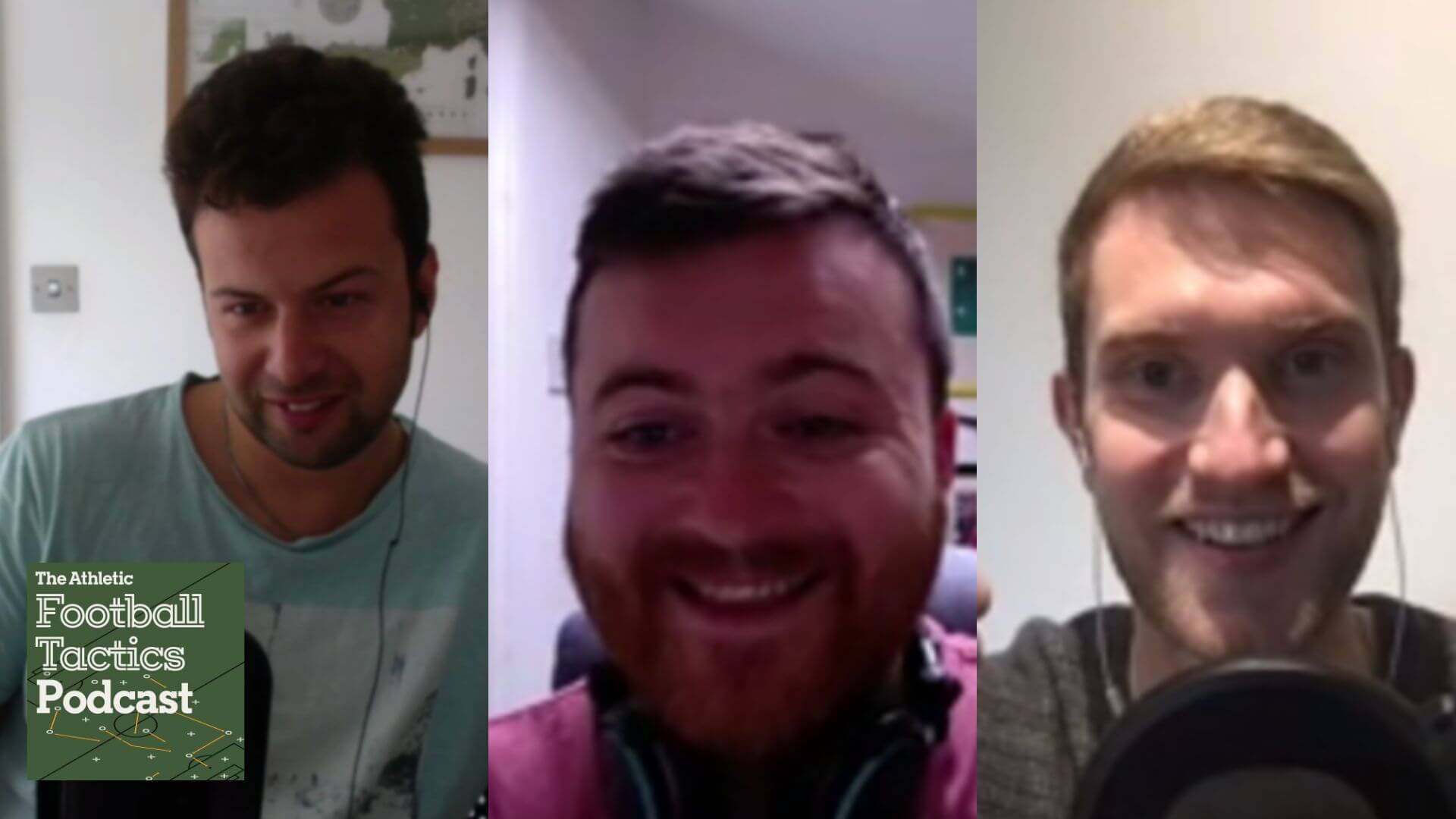 Think you know your xG from your PPDA? Can you tell your trequartistas from your mezzalas?

Then you’ll probably be aware of The Athletic Football Tactics podcast and the forensic details it goes into each week.

AthleticismAnalytics and data gurus in Michael Cox and Mark Carey, alongside host Ali Maxwell, have been meeting every Wednesday for almost three years now, combing through the more tactical side of the game.

This week our trio assessed the evolution of the No.9 role this season, with several of the Premier League’s ‘Big Six’ having taken the plunge on new big-money centre-forwards this summer.

But given their extensive back catalogs, we also asked Michael, Mark, Ali and Tom Worville – formerly of this parish and now working for the scouting department of German club RB Leipzig – to name their favorite episodes and give recommendations for fans to come back and listen. at.

Three podcasts stand out for me.

The first is very early. It was a relatively unknown but very influential Colombian manager, Francisco Maturana, who was (more or less) the South American Arrigo Sacchi.

I love it because we spoke to Carl Worswick, a brilliant Bogota-based British journalist who had interviewed Maturana a few times, as well as Rafa Benitez, who considers Maturana one of his coaching idols. And, on a personal note, I got a nice message from Maturana’s daughter, thanking us for doing a podcast episode about her dad.

Probably my favorite from the Tom Worville era was the Leo Messi podcast – how many things is he the best in the world?

It was an article as well as a podcast, and many hours of research went into it, so it was fun to chat through the podcast, which I hope is the most definitive piece of audio that you’ll probably hear about the greatest footballer of all time.

And in the Mark Carey era, I really enjoyed the show we did in April about free kicks. For me, direct free kicks are among the most interesting areas of analysis – so simple, yet so varied in terms of position. There were some really good reveals in this one, partly because Mark and I had both worked on separate free-kick articles leading up to it.

But many of our best episodes come from listener suggestions. So please make them come!

As the latest ‘regular’ member to join the Football Tactics Podcast team, I’ve been a fan longer than I’ve contributed to the following episodes on offer.

As a listener, I enjoyed the Premier League’s Running Stats Explained episode – led by former regular Tom Worville. Any episode looking to debunk the myths that exist in gaming is always up my street, and you’ll find plenty of them in the topics we cover.

On the other hand, I loved listening to Michael, Ali and James Horncastle take a behind-the-curtain look at AC Milan’s rise from the doldrums in an episode “The Story and Rise of a Sleeping Giant”. The guys discuss the club with a depth that you just don’t get to the same degree with other podcasts, and this episode has become even more relevant to listen to today with Milan being the current Serie A champions.

Since joining more regularly, I’ve learned a lot from a tactical perspective about the game. Where I can offer anything in terms of data, I’ve really enjoyed recording one from our many episodes of “thought experiments” in Can We Measure the Value of a Goal?.

To find out, I guess you’ll have to press play!

The sheer scale of what we’ve covered in nearly 150 episodes, and the amount of things that have happened in football (and life!) over the past three years, makes this very difficult.

Naturally, I have fond memories of the early podcasts, when we had a completely blank canvas and were still working on what Zonal Marking (the old name of the podcast) was to become. Specific episodes that come to mind are Away Goals With Omar Chaudhuri and Goalscoring Goalkeepers With Jack Lang.

I couldn’t believe I had managed to get a job hosting a podcast that would actually spend time covering these kinds of topics.

Also, I loved doing the Glossary series in 2020-21, and the Euro Notebooks for the Men’s and Women’s Euros from the past two summers have been a great way to cover those tournaments.

But the episodes I like the most are the ones that I often call “frivolous”, but probably better called, as Mark puts it, “thought experiments”, like How To Build A Premier League-Winning Team, Quite Unique FC and more recently The Modern Stars Who Play Like Legends.

These are often suggested by pod listeners, which makes us feel even more connected with our audience. I love the erratic DMs I get from listeners who have a tricky follow-up suggestion or question!

On a purely personal level, the episodes we recorded throughout the pandemic shutdowns were absolutely crucial in keeping me focused and engaged in this very confusing time when so much of my other work came to a standstill.

The research and preparation, followed by an hour of recording, is just a pleasure every week.

I loved Quite Unique FC – finding the European ‘unicorn’ players was a really fun group to put together, where I had to build a computer model to flag players who don’t look like others playing their position.

I cheat a bit, but the two podcasts about surviving your first and second seasons in the Premier League were a great way to better understand the challenges promoted teams face. They serve as a timeless reminder with important conclusions for any team looking to retain their place at the top table.

My third favorite is We Need To Talk About Crossing…, where we dove into a sometimes overlooked but important part of the game, focusing on why the location of a cross matters and why it’s important to watch the chaos caused by a cross. also measure.

You can listen to The Athletic Football Tactics podcast weekly on Apple, Spotify and all other podcast platforms – and be sure to check out their rich back catalog featuring plenty of in-depth historical dives and nuanced tactical analysis.