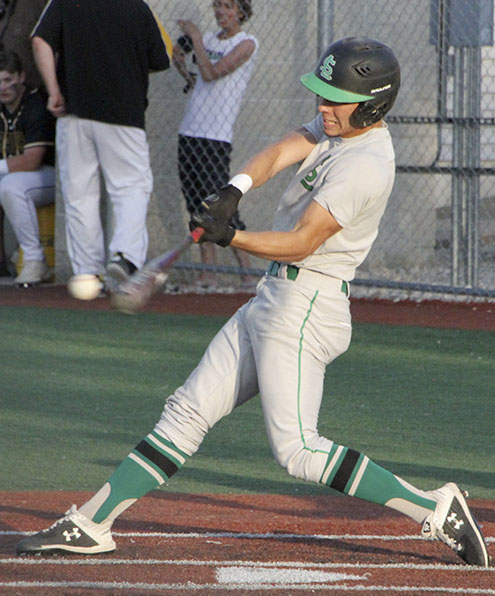 Storm Lake’s Edgar Barreiro was voted to the Class 3A all-district first team as an outfielder.

Cale Brechwald of Alta-Aurelia was a first-team all-district selection in Class 1A as a pitcher.

Storm Lake was represented by four players, and Newell-Fonda, Alta-Aurelia, and Sioux Central each had two players selected to teams from the Iowa High School Baseball Coaches Association district of northwest Iowa.

Storm Lake landed three players on the Class 3A all-district first team as Hunter DeMey was named second baseman, Edgar Barreiro as outfielder and Jake Eddie at utility. Sam Dvergsten was a second team pick as an outfielder.

In Class 1A, Newell-Fonda’s Trey Jungers was voted to the first team as an outfielder while Ryan Greenfield was a first-team utility pick.

Alta-Aurelia’s Cale Brechwald was selected to the first team as a pitcher while Preston McCoy was a first team pick at shortstop.

Two Sioux Central players were voted into the Class 2A team. Ethan Johnson was a second team pick as a pitcher and Gibson Olson was selected to the second team at receiver.

Newell-Fonda’s Trey Jungers made the first team (all classes) while teammate Beau Wilken was picked in the second team.

Alta-Aurelia’s Preston McCoy was also selected to the second team.