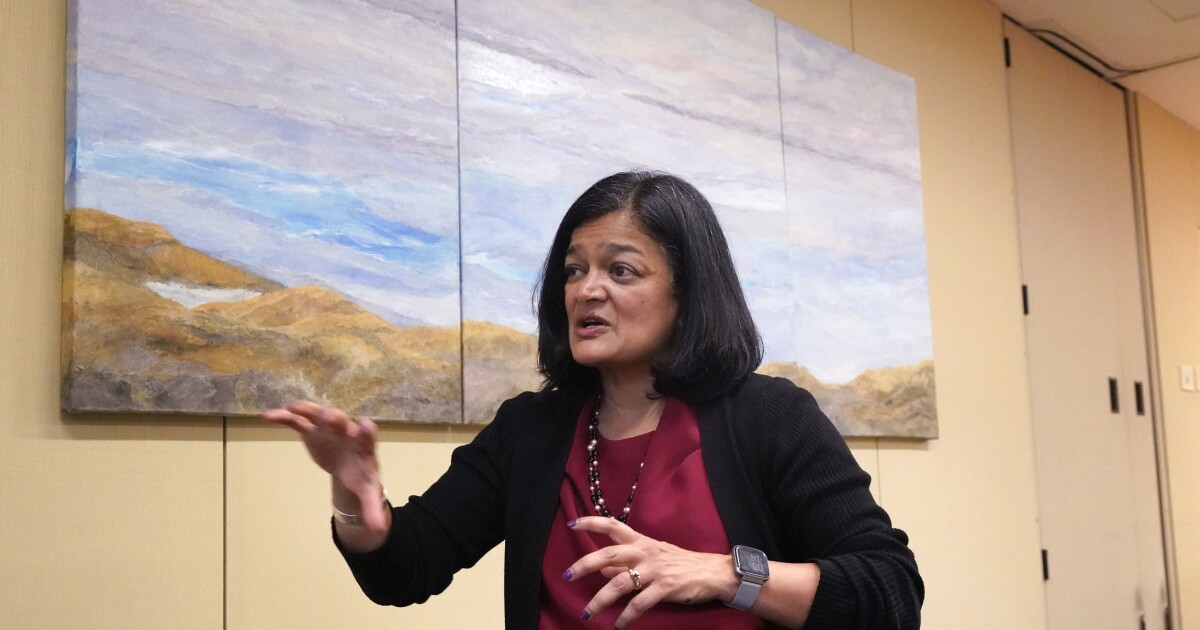 HLeft-leaning U.S. Rep. Pramila Jayapal of Washington State, who wrote a nasty Washington Post column this week, should learn some things from US Senator Joe Manchin of West Virginia and the late and legendary Senators Bob Dole and John McCain.

It also means she should listen to what she herself said just a week ago.

Jayapal, who leads the misnamed Congressional Progressive Caucus, has spent most of the year pushing hard-line tactics for the sweeping Build Back Better boondoggle that would obliterate the federal government while granting major benefits to particular interests. Now, furious that Manchin refused to bow to the BBB demands of his fellow Democrats, Jayapal accuses West Virginia of reneging on his “commitments” and is proposing an end to his opposition. Jayapal says President Joe Biden should simply dictate many BBB provisions via “executive actions.”

Certainly, the congresswoman also said her left-wing caucus “will continue to work on legislation for Build Back Better, working to keep it as close to the agreed upon framework as possible.” Yet his general message was one of impatience and a desire for “progressive” government by any method, including an edict if necessary. Tellingly, she lamented that “at-hand bipartisan arrangements were favored over transformation.”

And that’s the message that Biden himself ran on: bipartite cooperation, return to “normal”, rejection of radical change. He won the Democratic nomination as the only leading candidate to speak that way, and he won swing voters against Donald Trump by promising as much.

Biden, Jayapal and their fellow supporters have tried all year to ram the BBB down the nation’s collective throat. Despite a president who barely won, with a slim majority in the House and a 50-50 split Senate, they acted as if they had a “transformational change” mandate. They did not hold any hearings on BBB. They tried the almost unprecedented tactic of passing it as the second bill of the year using a fast-track parliamentary procedure known as “reconciliation” which is usually only used once a year. They barely tried to get Republican votes. Rather than negotiating between parties, they only ‘negotiated’ (or ‘fought’) between themselves – the left against the far left.

This is not how the American republic is designed to work. That’s not how it has always worked well. What works quite well over time is the evolutionary change achieved through “regular order”.

This is what Manchin rightly demands: a regular order. Break the monster of a bill into manageable pieces. Hold hearings on these pieces. Accept well-meaning amendments, based on what is learned from the audiences, to improve the tracks. Look for willing Republicans, like US Senator Mitt Romney of Utah, who is trying to achieve some of the Democrats’ goals by merging many of their ideas with some offered by conservative think tanks. (I don’t agree with Romney’s approach; it’s just an “example.”)

Let go of the air of crisis and apocalypse. Be humble. Take the long term. Earn partial kills now, then come back for more. And respect the possibility that your solutions are in fact wrong, and that wisdom advises some caution.

Oddly enough, Jayapal let her guard down a week ago and showed she understands how things are supposed to work. In an interview with Washington Post columnist Greg Sargent, she suggested that Senate Democrats should take each major individual BBB party and “organize votes on each item, to get Manchin to engage in some way. This could lead to an endgame in which a stripped BBB is traded. She said she might even be willing to have Manchin take chunks out of the larger bill and “then vote on a bill that contains the rest.”

Damn, what took him so long? This is exactly what Manchin, echoing Lieberman, Dole and McCain, has always said is the best way forward.

But it was just an unusual moment of clarity from Jayapal. Now, a week later, she’s back with ultimatas and proposals for Biden to legislate by edict. In doing so, she imitates the hard-line Conservatives in the House who have often killed good legislation because it was (in their minds) not quite perfect.

Jayapal and all the hardliners on both sides are not acting “the American way”. By acting as they do, they are undermining this great American representative experience.

LETTER: Children are paying the price for GOP tactics | Opinion