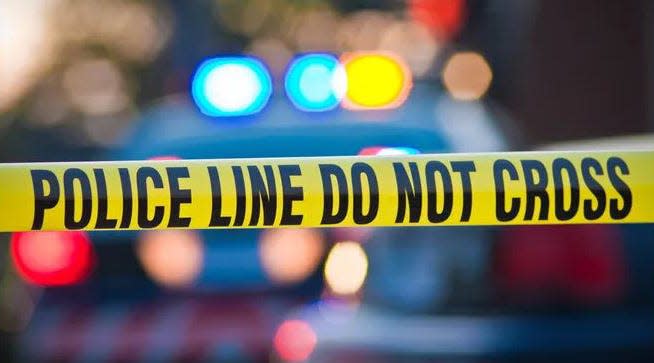 A Moore baseball player died and several others were injured after a pickup truck crashed early Monday on Interstate 35 near Goldsby.

The Oklahoma Highway Patrol said the driver was 18-year-old Gabriel Williams, a high school student from Moore. He was pronounced dead at the scene.

Around 3:05 a.m. Monday, a 2002 Ford minivan was traveling north on I-35 near mile marker 102 just south of Goldsby when, according to the Oklahoma Highway Patrol, the vehicle went off the road. The driver overcorrected and the van left the road to the right, causing it to roll several times and eject three passengers.

Four other people were in the van at the time of the accident. Three were admitted to local hospitals – two in critical condition – and the fourth was treated and released.

Moore’s athletic director Chad Mashburn confirmed to The Oklahoman that three of those involved are Moore’s senior baseball players.

The other two were senior Putnam City baseball players, Putnam City venue athletic director Jerrod Gatz confirmed. Both are currently in the intensive care unit at OU Trauma with injuries after being ejected from the van.

The five people are part of a traveling baseball team and were returning home from a tournament in Florida.

“Moore Public Schools was deeply saddened to learn today that three of our seniors from Moore High School were involved in an early morning car accident that resulted in one fatality,” the district said. in a press release. “Our hearts mourn with the family, and we surround them with our thoughts and prayers during this difficult time.

“The incident did not occur on MPS property, during school hours, nor was it related to any school-sponsored event; however, we know that tragedies such as this weigh heavily on the hearts and minds of our students, faculty and staff.We will have an increased level of counseling services available this week at MHS for students and staff as they process this loss. “

A GoFundMe has been set up to help with funeral expenses for the Williams family.

A GoFundMe has also been created for Putnam City players.

The wreckage comes nearly two years after three Moore cross-country racers were fatally hit by a driver in February 2020.

This story will be updated.