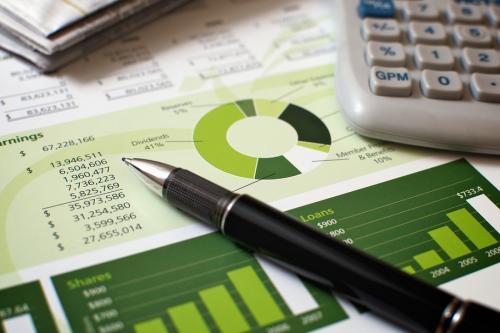 It’s been 3 weeks since I moved from Bracewell’s London office to Dubai and wore the leather off my shoes at the DIFC and beyond meeting old acquaintances and new contacts. Most of the time, the discussions invariably focus on the project portfolio, market trends and regional challenges. However, I have been constantly gratified by people’s willingness to talk about my own specialty: construction. As my colleagues often tell me, construction is not considered the most prestigious area of ​​law (although it should be). But a construction contract is where a project’s capital expenditures are spent, so it’s certainly worth thinking about.

Pricing pressure is a recurring theme, both at sponsor and contractor level. How to ensure plurality of participation in regional energy IPPs is another popular topic of discussion. However, customers have also raised a number of more contractual issues, including, perhaps surprisingly, Equivalent Project Relief (or “EPR”). Three developer clients have expressed concern that the EPR serves to transfer too much risk to construction and O&M contractors, potentially attracting a price premium which then negatively affects the developer’s ability to provide the lowest price possible at the bidding stage. The question is: can we live without EPR?

It is probably useful to recap the main features of the EPR. An EPR provision is a tool used in a concession-based project to effect the maximum possible risk transfer from the special purpose vehicle to construction and O&M contractors. It is included in construction, operation and maintenance and other similar contracts and is usually drafted in general terms to include (among other things) a general obligation to perform the relevant obligations in the concession document (a “ project agreement”) and an agreement that the contractor’s contract the contractual right to additional time and money is limited to what the SPV can obtain under the project agreement. The intention is to ensure that the project agreement and construction/O&M contracts are “back-to-back” in terms of obligations and liabilities, with minimal risk associated with the thinly capitalized SPV.

Where does ERP come from?

I first learned about EPR clauses quite early in my career when working on PFI/PPP projects in the UK. I have a vintage example on my shelf that is five pages long and considers all possible transmission scenarios. It’s bulletproof, from the developer’s point of view. However, it was not particularly controversial during negotiations with contractors. There are several reasons for this.

First, the UK is one of the most mature PPP markets in the world. The UK government introduced the Private Finance Initiative in 1992 to reduce public sector borrowing requirements. Project participants in the UK market have had plenty of time to develop and refine the principles of EPR.

Second, a project agreement in the UK has always been a finely crafted instrument, with clear and detailed provisions covering all imaginable project risks, and which is drafted with specific construction and operation phase sections designed to be transmitted in the relevant contract. It was therefore quite simple for the contractors to establish, through their own due diligence, the extent of the risk they are expected to assume in their respective contracts.

Finally, and significantly, SPV equity participants and construction and O&M contractors often belong to the same corporate group. The contractors effectively have a seat at the project agreement negotiation table and are able to exert significant influence on the positions agreed between the authority and the SPV. They know and understand the risks they will have to assume.

EPR in the Gulf

By contrast, EPR is a relatively recent feature of project finance agreements in the Middle East. Almost all of my colleagues in Dubai remember a time when contracts did not include REP clauses. The concept has been imported from abroad – perhaps from the UK or the South African REIPPP – and we see it in almost every EPC and O&M contract that passes through our offices. So what are the reasons for the murmurs of dissent in the market?

An important feature of concession-based projects in the region is that many of the active contractors are engaged by the SPV on a bona fide, arm’s length basis and have no ownership interest in the project. For this reason, they typically do not participate meaningfully in risk allocation negotiations at the project agreement level. Despite this, the effect of EPR is often to pass on the full risk of the project, many elements of which might be better borne by the SPV (who can expect to make a good return if the project is a hit).

An aggravating factor is that some project agreements (or at least parts of them) are sometimes not as comprehensive or as detailed or as clear in terms of risk transfer as those in more mature project finance markets. The terms can often be ambiguous and the parties may not be certain how the risks are allocated, if they have been allocated at all. Therefore, EPR runs the risk of being used as a blunt instrument to impose unclear or unknown project risks on the contractor, rather than to protect against potential small gaps in risk transfer. However, contractors’ margins in today’s market are historically low, which means they cannot afford to adjust their prices to account for this uncertainty.

So if the sponsors have reservations about the EPR and the contractors do not want to accept the EPR, the question is whether construction and O&M contracts can still be bankable without an EPR clause. In some ways, that’s not the right place to start. The market remains extremely competitive for contractors and many will offer EPR with no apparent impact on price. This is especially true for new entrants to the market looking to win their first contracts or for experienced players who are comfortable with the risks of working in a particular jurisdiction. So many sponsors will expect to see an EPR clause in EPC and O&M contracts, regardless of the lender’s perspective.

That said, our office is of the view that the EPR is not a point of bankability if the lawyers and technical advisors have carried out a thorough review of the project agreement and carried out a complete transmission of the relevant risks. A few years ago I met with a client to review residual claims that might arise outside of the main transmission areas (force majeure, change in law, authority delay, technical specifications, testing regimes and a few others). We couldn’t think of anything that wasn’t very theoretical and the lenders were equally convinced: we proceeded with a very narrowly defined EPR concept. This helped the contractor to offer a reasonable price and the project was delivered successfully. From what we’re hearing, we expect this to become an increasingly popular trend.

In a bizarre twist with Israel, Gazans are getting an economic injection of adrenaline from the virus