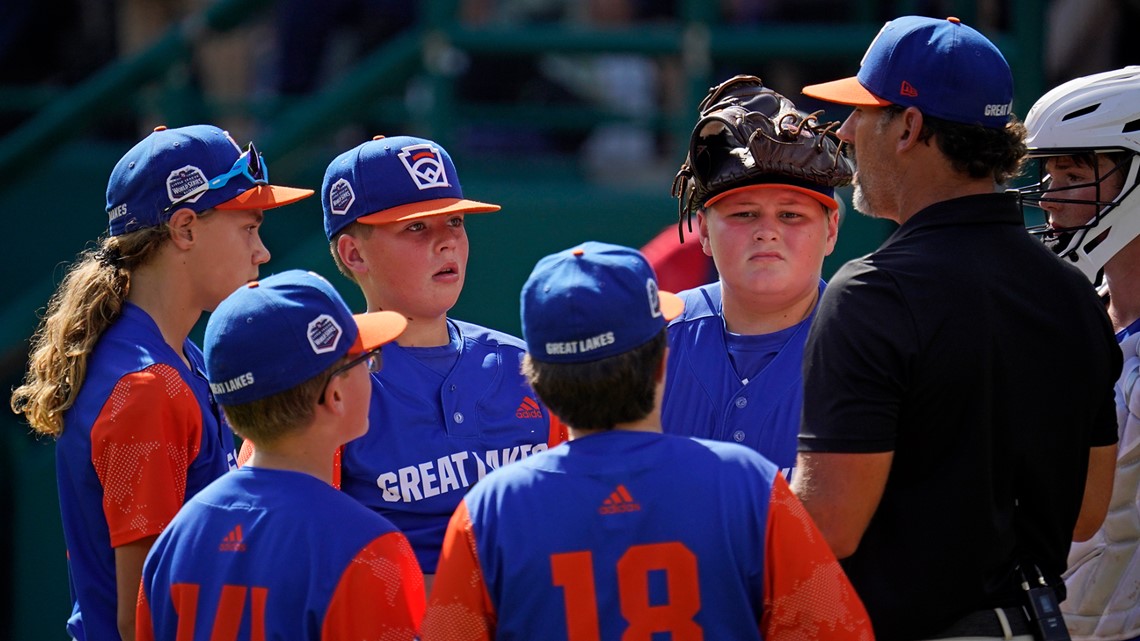 Indiana was one of four teams whose season ended on Tuesday. Panama, Canada and Iowa also lost playoff games.

It was an emotional bunch, as tears flowed down the post-game handshake line. A trip that had lasted all summer was over. But, like many coaches, Ramos only had positive things to say.

(NOTE: The video in the player above is from a report during Hagerstown’s run at the Little League World Series.)

He congratulated his group, reminding boys aged 10 to 12 that there is still a lot to do.

“I told the players keep it going,” Ramos said through a translator. “They continue to play baseball at the next level.”

Panama was one of four teams whose season ended on Tuesday. Indiana, Canada and Iowa also lost playoff games. Of the 20 teams in the LLWS, only one will be champion on Sunday.

The end of a Little League run is always tricky for coaches, acknowledging no one wins all the time while praising the effort it took to get to South Williamsport.

Adam Naylor, head of performance psychology at Deloitte, who has worked with top athletes for decades, says it’s important for coaches to remember their role.

Coaches “have the opportunity to teach how to win and lose,” Naylor said. “The first step is to remember that you are a role model and that you have this tremendous teaching opportunity.”

“They’re disappointed,” Vinson said of his team. “I don’t think they were ready for the grind. I don’t mean they just got here.

The road to the LLWS is so long and difficult that even getting to Williamsport is coveted.

“It’s exhausting drudgery,” Vinson said. “It’s a good exhaustion when you start training as early as we do. You are at the pinnacle of youth sports. It’s still hard to believe we’re here.

Not all coaches take the same approach when addressing their teams and the media after the tournament is over. New York manager Ronald Clark was pragmatic on Monday night when his team fell to Pennsylvania.

Clark mentioned that the “bats of the team remained in Bristol, (Connecticut)”, where the Metro Championship was decided. He added that, although there were tears at the end, expectations weren’t met and the “box score says it all”.

When baseball fans reminisce about the end-of-season messages from South Williamsport coaches, many remember Dave Belisle’s speech to his Rhode Island team after being knocked out in the 2014 LLWS.

“I love you guys,” Belisle told his team. “I will love you forever. You have given me the most precious moment of my career as an athlete and coach, and I have been training for a long time — for a long time. I am becoming an old man. I need memories like that, I need children like that. You are all my boys. You are the boys of summer.

In many cases, LLWS players face more pressure than they have ever faced on a court, and sometimes the shock of playing – and losing – can be overwhelming.

“You have to allow healthy emotions,” Naylor said. “Emotions are an important part of sport. Acknowledge the emotion without making it too dramatically bad or trying to take it away.