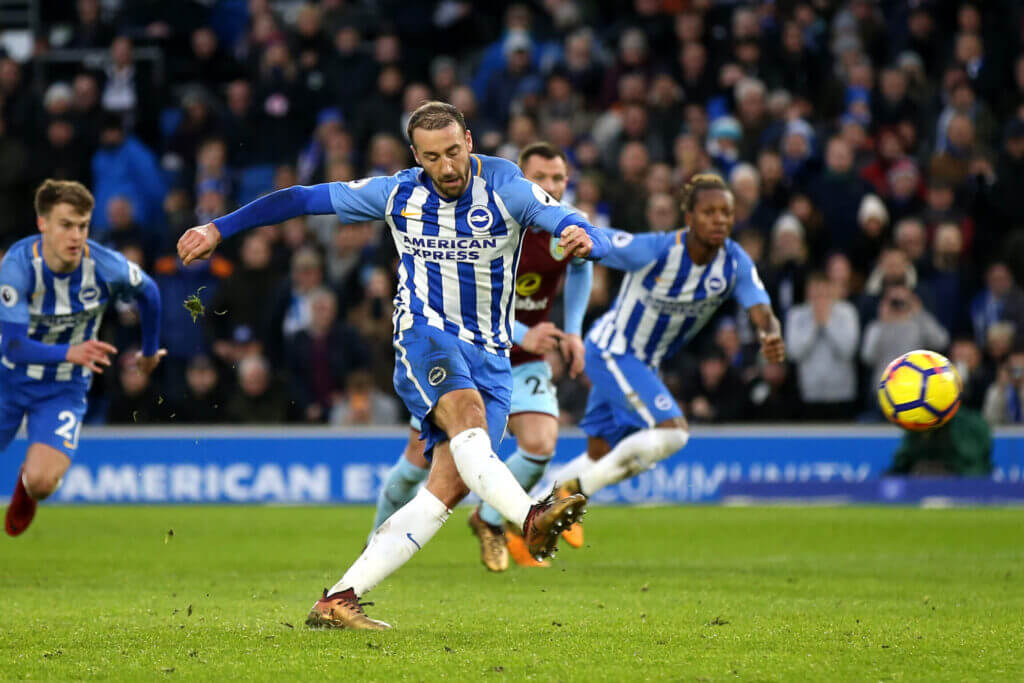 Like most of you reading this, I grew up obsessed with football – and that obsession has shown no signs of abating.

It has been amazing to watch the rise of my club Brighton & Hove Albion over the last decade and the progress they have made at every level; the men’s team, the women’s team and the work done in their academy. My first memory of watching Brighton (yes, I’m that young) was in the stands for the FA Cup defeat at Tottenham in 2005, but my fondest memory is of Glenn Murray scoring four when they beat Wycombe Wanderers in December 2009.

Last season I was lucky enough to be part of Brighton’s academy through a year-long placement as an academy performance analyst. For those unfamiliar with the title, it’s a glorified way of saying that I watched a lot of matches and was primarily responsible for filming and cutting the practice and match video into player clips and individual actions. Also, and more importantly, my favorite part of the role was producing pre and post game videos to educate players and coaches, trying to provide technical and tactical nuggets to help improve performance.

It’s something I’m really excited to do now as a tactical writer for Athleticism – bringing you technical and tactical nuggets from some of football’s greatest games. I’m a sucker for the most detailed discoveries and Athleticism has already shown that there is room for this kind of analysis; Liverpool’s one-handed throw-ins, Brice Samba’s antics and Christian Pulisic’s obsession with chess. That’s the kind of content I want to provide too.

And hopefully I can bring some of my experiences from the elite side of the game, as well as what I’ve learned in five years of coaching experience at local and academy level. Here’s a spoiler: players have to pass both the “sight test” and the data tests at the highest level, so hopefully we can stop this argument…

What I hope to share in all of my work is how I learned to try to process games, methods of evaluating teams and players, and ways to integrate data with video. Understanding game plans, separating routines from set pieces and trying to find hidden gems have been my particular interests. I regularly frantically typed notes on my phone while watching games at the Amex.

I have also been very research-oriented over the past four years, having studied for an undergraduate degree at UCFB Wembley and then a Masters in Sports Performance Analysis from the University of Chichester. There has been some excellent football study and research in recent years – I became a big fan of penalties and wrote my undergraduate thesis on them (did you know that left footed players are more hard to predict for goalkeepers?) – but I think a lot of the results are inaccessible to those not in academic circles, so I hope to incorporate contemporary research. The university background also exposed me to a lot of data, so I have great respect for the work that John Muller and Mark Carey are already doing to Athleticism.

It’s so exciting to be part of this team, with the Women’s Euro and the Men’s World Cup. From my experience at Brighton I know how much work goes into preparing for academic level competitions (analysis of the opposition, adaptation of training cycles, headache selections, analysis meetings with coaches and players), so I can’t even begin to imagine what the national level readiness plans are like. I was born in 2000, so excuse me in advance if some of my World Cup memories don’t date back as far as yours – I just wasn’t around then. I was in primary school for the 2010 World Cup and vividly remember the levels of excitement at the time – Jabulani’s wobbly, controversial ball that only Diego Forlan knew how to hit, the heartbreaking moment when the Rob Green’s mistake resulted in an equalizer for the United States, and momentary jubilation when Lampard fired home the ‘equaliser’ against Germany. I remember the BBC comment so clearly… ‘It’s in – it’s SO FAR in.’

I was subscribed to Athleticism for a few years and have really enjoyed the work of Michael Cox, his written pieces and his tactics podcast, as well as Adam Hurrey’s Football Cliches podcast.

What can you expect from me?

I will pick matches from the Premier League, Champions League and beyond. I’m delighted to delve into some of the biggest and most interesting signings of this summer transfer window, assessing how players operate in and out of possession, and around and away from the ball, before figuring out how point they can be for a team that works very differently.

As the World Cup rolls around mid-season, I’m intrigued by the tactical repercussions of mid-season heat and fatigue – will heavy, pressing transition football be possible? And what will be the ripple effects for the domestic leagues later in the season? I can’t wait to see how Gareth Southgate approaches this tournament, having implemented different forms in possession and attacking approaches in his two tournaments so far, especially as this is the tournament the FA were aiming for. may England win all the way back. in 2013.

The England-USA game is a game that caught my attention right from the draw, because my childhood best friend (whom I made while playing football) is American, and the young attacking team of Gregg Berhalter has been a fascinating watch over the past few months.

The 2022-23 season should be a cracker – and I look forward to contributing my voice and analysis to Athleticismthe cover of it.