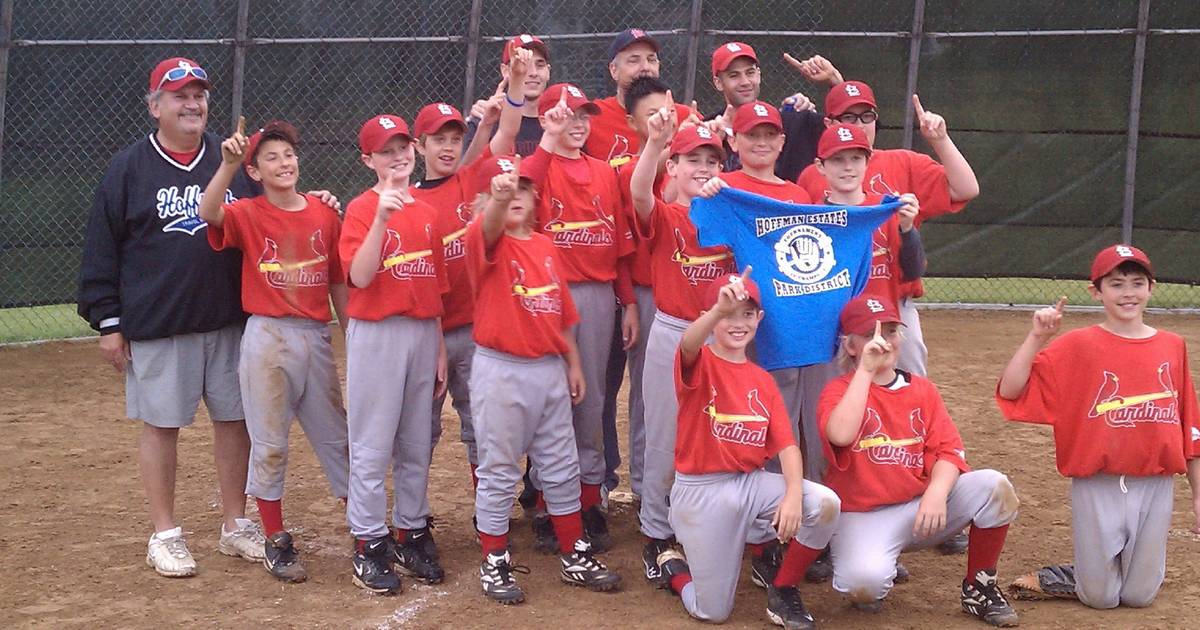 With 36 years of training between them, the four coaches of the Hoffman Estates Park District Bronco Cardinals were well prepared for their final summer season of baseball.

Their accomplishments throughout the season, as well as the training of two tournament teams after the end of the regular session, earned unpaid volunteers the â€œBest of Hoffmanâ€ award from the Hoffman Estates Park District.

With four coaches, an unusually high number for a summer men’s baseball team, the men shared their talents among the players.

“My boys wanted to lend a hand (Marc and I) so we decided to put our skills together,” said David M. Sertich, 57, who had previously coached his two sons, David T. and Kyle. .

Friedman was the team’s organizer, the elder Sertich focused on hitting, David T., 24, taught the team the right pitch and Kyle, 20, instructed members of the team on proper alignment and positioning.

All of the coaches said having younger coaches working with the team brought a different perspective to the game.

â€œOne thing I have learned is that if you can involve the young people with the young ones, that is just a plus,â€ said David M. Sertich.

â€œI think it was almost like they admired a brother, not a parent,â€ added David T. Sertich. “We were able to understand each other a little better with them.”

Kyle credits the connection with the players as the reason the coaches received the award. Several players and their parents attended the recognition ceremony at the park’s board meeting last week.

â€œThey allowed us to train them and they believed in us,â€ said Kyle, who plays baseball at Harper College and hopes to become a professional coach. “In return, we received an award for it.”

David T. and Kyle also both play on the Park District Palomino team, which is made up of 18-29 year olds. Friedman is the team’s head coach and the elder Sertich is the assistant coach, keeping the four busy from April to the end of July.

All four have said they will return next season as coaches.

â€œI’m strictly there for the kids,â€ added Friedman, who has been a volunteer coach for 23 years. “I want them to play sports, enjoy sports and learn sportsmanship.”