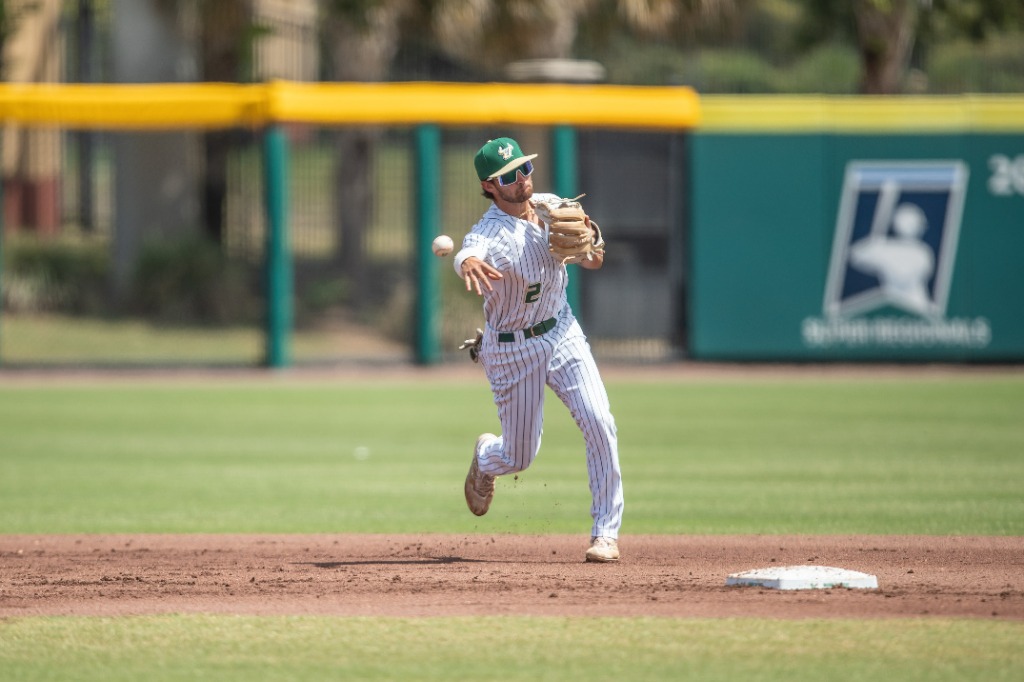 With the completion of the 2022 baseball season, five members of the Bulls baseball team took to social media to announce their picks to enter the transfer portal on Tuesday and Wednesday.

The first news announced was the departure of redshirt junior infielder Nick Gonzalez, which was revealed by Bulls Insider on Twitter.

Gonzalez has been with South Florida since 2019, playing 160 games for green and gold. In those games, he started 145 of them with a career batting average of .236.

However, USF could lose one of its key players at the peak of his college career. In the 2022 season alone, Gonzalez hit a .302 in 38 games started.

Another veteran on the USF roster heading to the transfer portal for his graduate year is redshirt junior outfielder Jarett Eaton.

Eaton joined the Bulls’ roster in 2021, playing a big part in what has been South Florida’s best year in baseball, going from last in the conference to super-regional contenders.

He took to Twitter to announce his status in hopes of “finding a great program to complete [his] academic career”.

Another player who is set to announce his availability is redshirt freshman infielder Keanu Jacobs-Guishard.

He started his career in 2021, appearing in four games before suffering a season-ending injury. However, he batted well in the games he appeared in with five RBIs and one home run.

In his comeback year, he started in only 15 games while playing in 31. He could only scrape a .191 batting average in his limited appearances.

Last night on Twitter he made a similar post to teammate Eaton announcing his intentions for the next year ahead.

I had plans and visions to do great things at USF, but after much talking with my family and praying, it showed me that God had plans for me elsewhere, so I entered the transfer portal with 3 years of eligibility remaining. Looking forward to a great opportunity🙏🏽 pic.twitter.com/a29yC2B1FM

Feffer saw no playing time in his first and only year with the Bulls. Hernandez hasn’t appeared in any games in 2021 due to Tommy John’s surgery and has only made appearances in four games with 1.2 innings pitched.

This story has been updated.