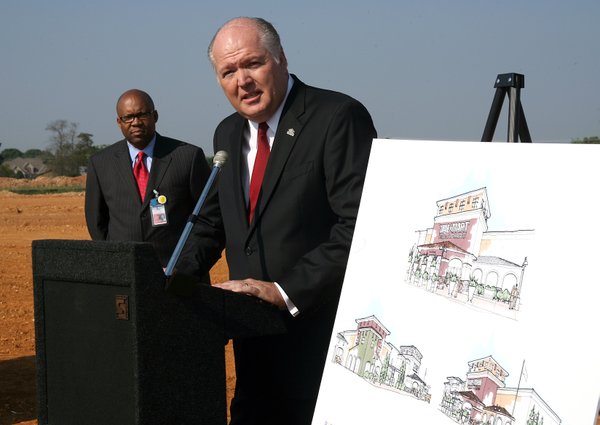 A Texas judge on Thursday ordered an objection to Bill Schwyhart’s bankruptcy discharge to be unsealed. Schwyhart was a prominent developer during the construction boom in northwest Arkansas.

In July, Schwyhart and his wife filed for Chapter 7 bankruptcy protection in Texas, where they reside, claiming more than $90 million in debt.

Last month, the judge allowed Arkansas investment group CHP to file under seal its emergency objection to Schwyhart’s debt discharge. The CHP’s objection was based “largely” on confidential information covered by a 2013 confidentiality agreement, according to the filing.

In October, Judge Harlin Hale of the US Bankruptcy Court Northern District of Texas, ruled that CHP and the trustee in Schwyhart’s bankruptcy case should have access to the confidential settlement, but added that they too were required to keep the secret information. CHP and the trustee said they needed to review the settlement because the agreement could be an attempt to hide assets.

The confidential settlement agreement was reached in a 2013 lawsuit between Schwyhart and Low Tide Holdings, which is owned by Tim Graham, a former partner of Schwyhart.

A garden designer will speak at a forum

P. Allen Smith, garden designer, author and conservationist, will be the keynote speaker at the Arkansas Agritourism Association’s inaugural conference on February 20.

The conference will be held from 8:30 a.m. to 4:30 p.m. at the University of Arkansas Cooperative Extension Service Headquarters, 2301 S. University Ave. in Little Rock. The event will include sessions on food safety, marketing, hospital and insurance.

Fees are $25 for members and $50 for non-members, including a one-year membership. Early registration is encouraged at https://tinyurl.com/y866mgbs cq

The Arkansas Index, a price-weighted index that tracks the largest state-based public companies, was unchanged at 409.63 on Thursday.

Nine stocks rose, five fell and one was unchanged.

The index was developed by Bloomberg News and the Democrat-Gazette with a base value of 100 as of December 30, 1997.