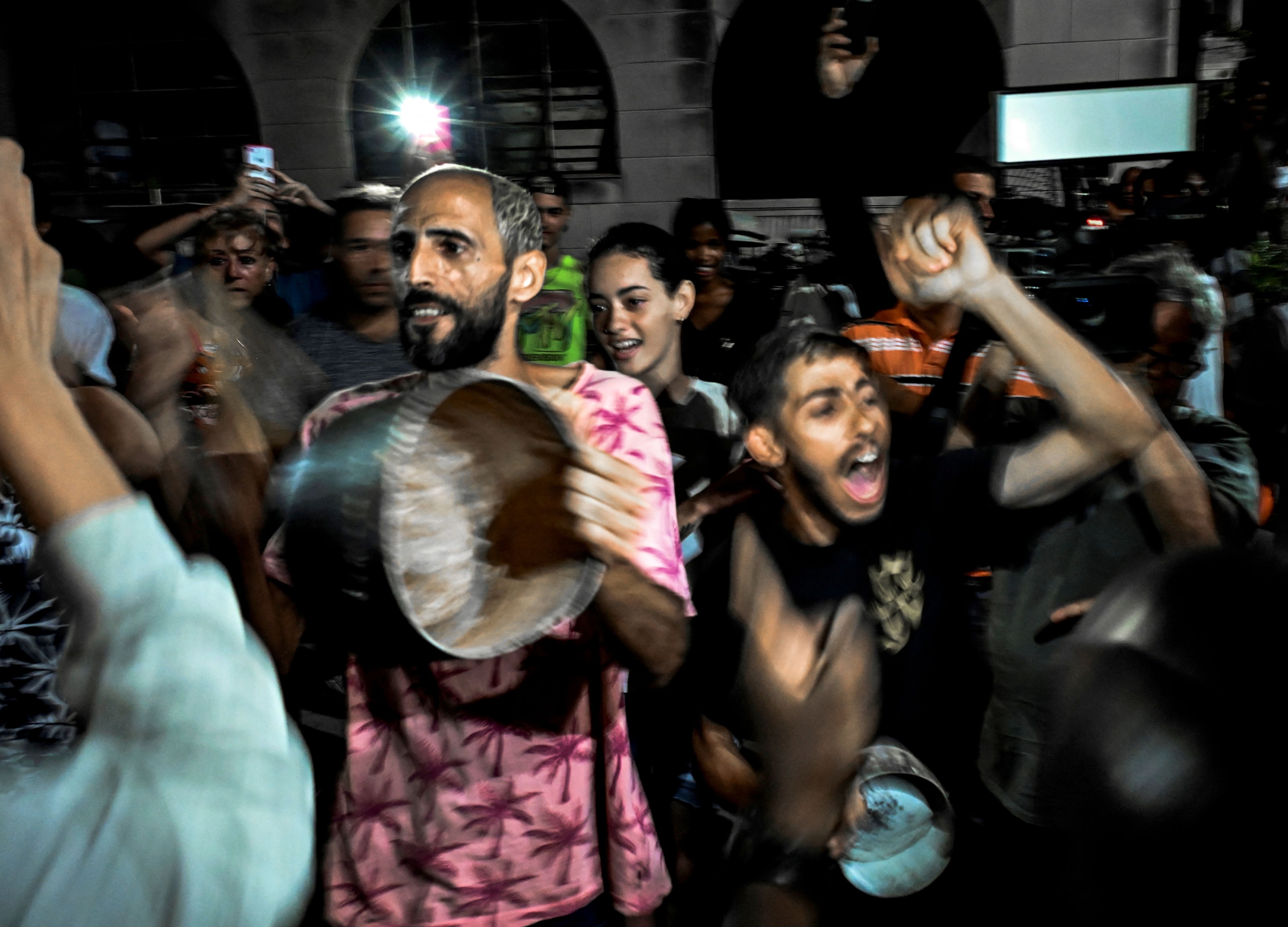 Following a new wave of island-wide protests In Cuba over the past few days, there have been worrying signs that the authorities are repeating the repressive tactics they have used for decades, as well as during the crackdown on protesters on July 11 last year, Amnesty International has said. today.

“In the latest wave of protests that lasted several days, Cubans are exercising their simple but historically suppressed rights to freedom of expression and assembly. Alarmingly, it appears authorities are repeating the crackdown tactics they used last year to arrest and silence protesters, hundreds of whom remain in jail,” said Erika Guevara-Rosas, Director for Americas at Amnesty International.

“The international community must condemn in the strongest possible terms the cycles of repression we are witnessing in Cuba. It is unacceptable that the authorities continue to intimidate, threaten, detain, stigmatize and attempt to silence anyone who demands necessities such as electricity, food and freedom.

Since the protests began in late September, Amnesty International has received reports of continued interference on the internet, deployment of police and military, including cadets, to quell protests, and arbitrary detentions.

Beginning on the evening of September 29, Cuban authorities appear to have intentionally cut off Internet access throughout the country. The internet outage lasted less two consecutive nights.

Cuban authorities control the country’s only telecommunications network and have often restricted Internet access during politically sensitive periods or times of protest.

Alarmingly, it appears authorities are repeating the crackdown tactics they used last year to arrest and silence protesters, hundreds of whom remain in jail.

Amnesty International has learned that the latest internet outages have made communication difficult for families after Hurricane Ian hit, when many people saw their homes damaged. They have also had an impact on the ability of independent human rights monitors, including Amnesty International, and independent journalists to document the human rights situation in the country. Journalist Luz Escobar told Amnesty International that her internet access had been cut three nights in a row, impacting her ability to work, and that since October 4, several other journalists working for his independent online newspaper, 14 y medio, were without internet.

Amnesty International’s Crisis Evidence Lab also analyzed several videos that had not appeared online prior to these protests. A video that Amnesty International has analyzed was filmed on 41 Street, at the corner of 66 in Havana, Cuba, and appears to show the deployment of plainclothes cadets, armed with baseball bats, chanting pro- governments, including “I am Fidel. ”

another videowhich also first appeared online in the context of the protests, and which is consistent with other videos Amnesty International has verified from the protests, also appears to show cadets with baseball bats chasing and then arresting protesters .

Cuban authorities have developed a sophisticated mechanism to control all forms of dissent and protest, as Amnesty International has previously documented. While state security officials often conduct surveillance and arbitrary detention of critics, the Committee for the Defense of the Revolution (local Communist Party members who collaborate with state officials and law enforcement) also provides the state with information on what is considered “counter-revolutionary activity”. “Acts of repudiation” – protests led by government supporters with the alleged participation of state security agents – are also commonplace and aim to harass and intimidate government critics.

While communication with Cuba remains hampered due to internet interference, Justicia J11, a group created following the crackdown on protesters in July 2021 – has reported 26 detentions since September 30, mainly young people and artists, of whom 19 according to them were still in detention as of October 4, 2022.

Cuban authorities criminalized nearly everyone who participated in the July 2021 protests, including some children, but categorically denied any human rights abuses and blamed the economic situation almost exclusively on the US economic embargo. Similarly, on October 2, 2022, President Díaz-Canel downplayed the widespread nature of the latest protests and suggested that a minority of “counter-revolutionaries” with connections outside Cuba, had committed “acts of vandalism such than blocking roads or throwing stones”. and would be dealt with “the force of law”.

Following the passage of Hurricane Ian, electricity was cut in several parts of the island, adding to the frequent power cuts in recent months. NASA night light data show a significant decrease in lights between September 23, before Ian’s death, and after, September 30.

Power outages have exacerbated violations of economic and social rights in the country, as in recent months Cubans have had to queue for many hours to buy food and other basic necessities, in the context of widespread food shortages.

The recent protests came just 14 months after similar widespread demonstrations on July 11, 2021, which were followed by a crackdown on dissent. Hundreds of people are still imprisoned for the July 11 protests, including three prisoners of conscience: artists Luis Manuel Otero Alcántara and Maykel Castillo Pérez, as well as unofficial opposition leader José Daniel Ferrer García. Other prisoners of conscience named by Amnesty International at the time were released on condition of going into exile.

Our most successful marketing tactics