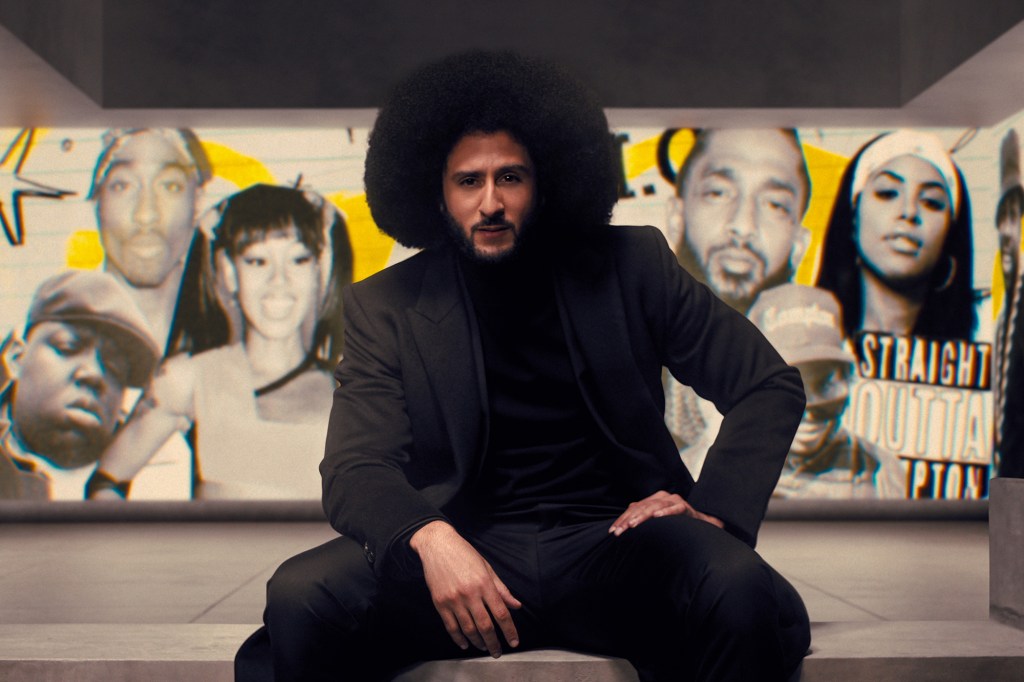 Colin Kaepernick likens the NFL draft process to an auction of slaves in his new Netflix special – with black “athletes” in chains and their white “owners” whipping them up.

The former NFL player uses the analogy in his drama series “Colin in Black and White” to describe the league’s draft process and training camp.

â€œWhat they don’t want you to understand is that what’s being established is a power dynamic,â€ said Kaepernick, a former San Francisco 49ers quarterback.

â€œBefore you take the field, the teams push you, push you and examine you for any flaws that may affect your performance. No respect for limits. No dignity left untouched.

The Netflix special then cuts to a line of black actors playing NFL prospects who turn into slaves at an auction with chains on them. In the scene, white slave owners bid on men and whip them.

“Check it out here!” Go on! Who wants that? shouts the auctioneer.

Critics took issue with the social media comparison of slavery.

“How dare @ Kaepernick7 compare the hurt endured by so many of our ancestors to a bunch of millionaires who CHOSEN to play,” wrote Utah GOP Rep Burgess Owens, a former NFL player , on Twitter.

Radio host Clay Travis added, â€œColin Kaepernick compares the NFL combine, which gives all players of all races a voluntary chance to become multimillionaires, to slavery.

“Anyone who still stands up for that fool doesn’t have a working brain.”

Netflix released the limited series on Friday, branding the special as recounting Kapernick’s “formative years to navigate race, class, and culture while striving for greatness.”

Kaepernick created controversy in 2016 by kneeling during the national anthem in games to protest police violence and racism in the United States. He left the NFL the same year and hasn’t signed with a team since.

Eric Musselman talks about stealing tactics from cowboys, why he hates the practice