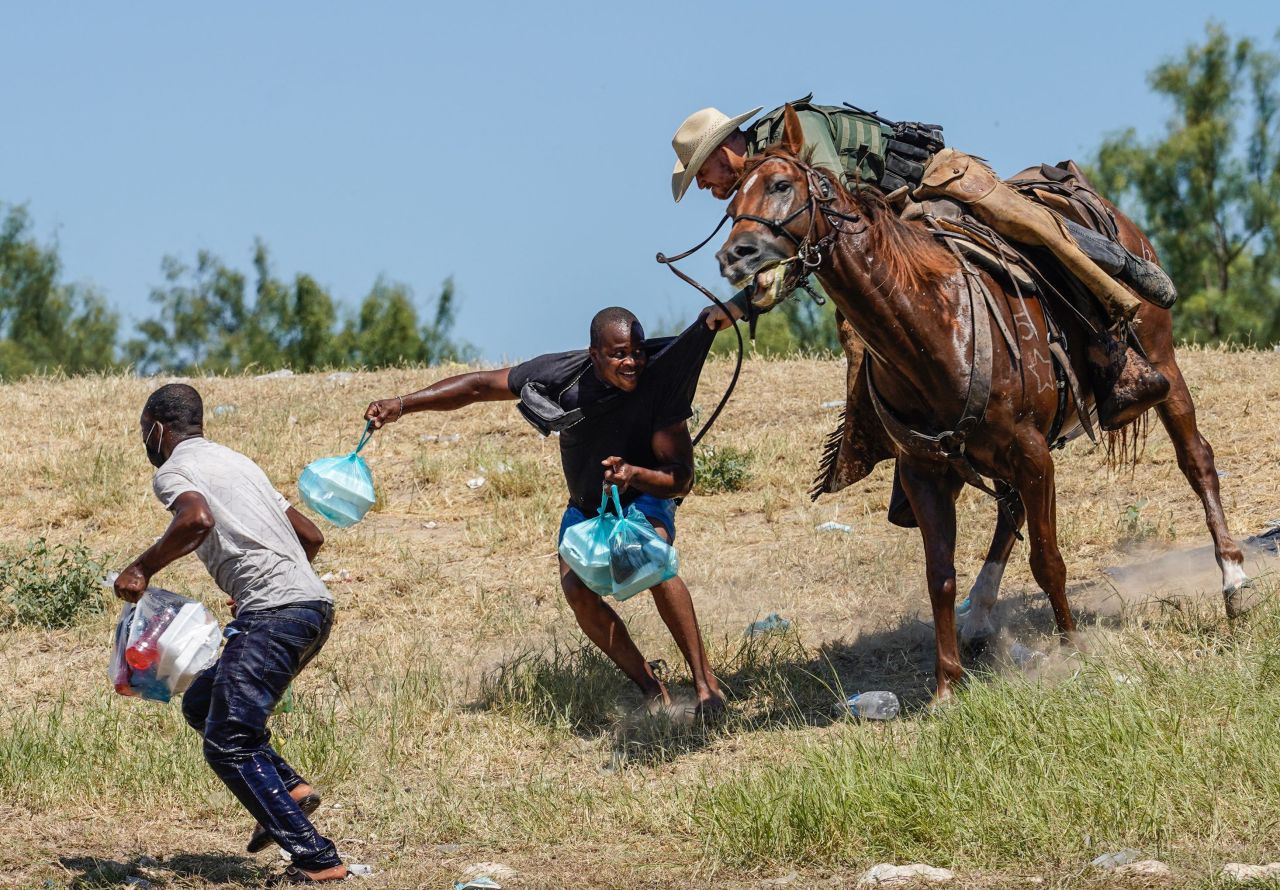 Many who have seen the footage on social media say they appear to show officers dressed in cowboy hats whipping migrants of color. But the photographer who took the now-viral photos last Sunday says it doesn’t.

LIVE BLOG: Haitians deported from United States clash with authorities as they try to rush on plane

â€œSome of the Haitian men started running, trying to get around the horses, and that’s when it all happened,â€ said Paul Ratje, a photographer based in Las Cruces, New Mexico, who took the images.

The American authorities restrict access to the media in areas where they carry out coercive actions. Ratje, however, stood on the Mexican side and had an amazing view of the events.

â€œI’ve never (seen) them whip anyone. [â€¦] (The agent) was swinging (the reins) that for some it can be misinterpreted when you look at the photos, â€Ratje told KTSM.

Nonetheless, the show of force on the banks of the Rio Grande, which included officers swinging the reins a few meters from the migrants and pushing their horses towards them, is prompting protests. Advocacy groups say the thousands of Haitians who have crossed or are attempting to cross the border should be treated as refugees, not criminals.

In El Paso, activists are organizing a â€œMarch for Dignityâ€ Thursday at 11:15 am demanding accountability from US immigration authorities. Protesters plan to march from downtown San Jacinto Plaza to the Paso del Norte International Bridge and then hold a press conference at the corner of Aoy and Stanton streets.

â€œThe abuses we are witnessing against Haitian asylum seekers in Del Rio are heinous,â€ said Fernando Garcia, executive director of the Border Network for Human Rights. â€œWe demand that President Biden and Secretary (of Homeland Security) Mayorkas investigate the events against Haitian immigrants and hold the border patrol and all parties involved accountable. “

“We call on Congress to ensure that these horrors at our border never happen again by enacting border patrol accountability legislation to end abuses and protect the rights of all migrants, regardless of race or country. ‘origin,’ Garcia said.

â€œFor years, black and brown migrants have spoken out against cruelty and physical abuse by ICE and CBP. The disturbing images that surfaced yesterday of border patrol officers on horseback brutalizing [â€¦] Black migrants near Del Rio are a reminder that anti-black and white supremacist violence is at the heart of ICE and CBP’s mission, â€the group said in a statement.

The League of United Citizens of Latin America (LULAC) also calls for accountability.

â€œThe scenes of CBP officers on horses grabbing and rounding up fleeing refugees are shameful and are not images of a country that has historically hosted the congregated masses of the world. LULAC puts the management of this situation at the feet of the Biden administration, and we must do better, â€said LULAC National President Domingo Garcia.