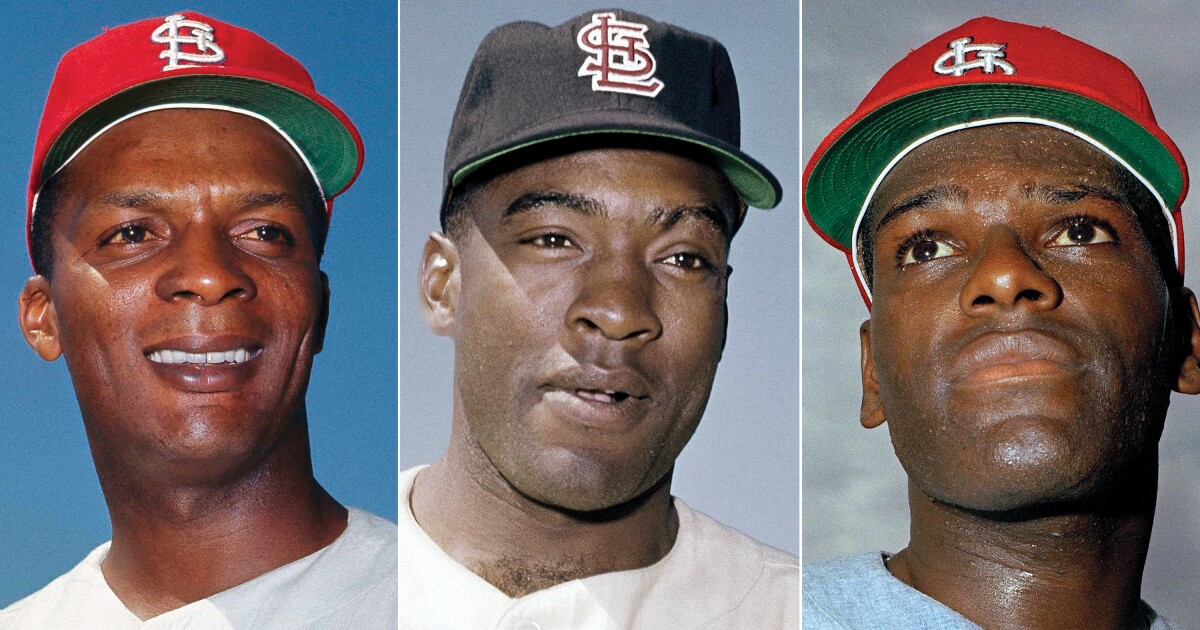 It is often said that Jackie Robinson opened the door for black baseball players to enter the majors. But that was only the FIRST door. It turns out that many doors stood between the black players and the tie.

After Jacky, a new documentary on the History Channel, focuses on three other legends who followed, all with the St. Louis Cardinals of the 1960s, World Series winners: Bill White, Bob Gibson and Curt Flood.

“What we see in Jackie Robinson is first a player and then he becomes an activist when he retires,” director Andre Gaines told NPR. morning edition. “With Bill, Bob and Curt, it’s kind of the first wave in our nation’s history of the player-activist, something we take for granted today.”

Bill White, first baseman, later became the first black play-by-play announcer to regularly call games for a major league team. And he was elected president of the National League in 1989, another first for a black player.

Bob Gibson was one of the most dominant pitchers in the major leagues in his prime. Gibson’s play was so dominant that Major League Baseball lowered the pitcher’s mound from 15 inches to 10 inches to give hitters more chances.

Brief flood, one of the best center fielders of the 1960s, is also known for suing Major League Baseball. He took issue with league contracts which prevented players from picking their own teams – calling himself a ‘high-paid slave’. While he lost his case, his fight led the league to establish free agency for the first time.

“We have these guys playing at the highest possible level but standing up and fighting for their rights,” Gaines said. “It’s those kinds of stories — those unsung heroes, especially those who came after Jackie Robinson — that we’re thrilled to be able to tell.”

After Jacky will air on the History Channel from June 18.

More Baseball Coaches of the Year