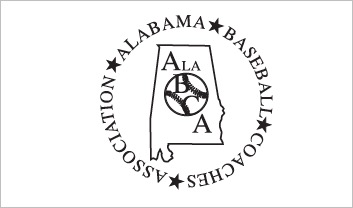 Bibb County native Pat Hamrick was recently inducted into the Alabama Baseball Coaches Hall of Fame. His induction ceremony was on January 21, 2022. He is a 1986 graduate of Bibb County High School. His late parents were Leo and Billie Jean Hamrick of Centerville. His sister, Vickie Brian now lives in Atlanta.

Growing up in Centerville, Alabama, Pat Hamrick attended Bibb County High School where he was a star basketball and baseball player until transferring to Tuscaloosa Academy his senior year – helping the Knights to their first baseball state championship under the late Don McNabb. While at BCHS, Hamrick played football under Coach Stan Moss, was coached by Charles McCaleb on the basketball court, and played baseball under Coach Joe Elliott.

After high school, Hamrick signed to play baseball at Shelton State to play for legendary ALABCA Hall of Fame coach Bobby Sprowl. After his time at Shelton State, Hamrick finished his playing career at Livingston University, now known as the University of West Alabama, and earned a degree in business administration. Hamrick’s coaching career began as a graduate assistant at UWA under head coach Mark Hogan. In 1992, Hamrick helped lead a team that won the Gulf South Conference Tournament and entered the NCAA Division II World Series. Hamrick earned a master’s degree in special education in 1992.

Later that year, Hamrick took over as head baseball and basketball coach at West Blocton High School while teaching special education. While there, West Blocton received new on-campus ground and qualified for the playoffs in 1995, reaching the top 10 in the ASWA poll. After two years, Hamrick moved to Thompson High School as a special education teacher and head baseball coach for 26 years until retiring at the end of the 2021 season. At Thompson, Hamrick’s teams have ​amassed a record 533-414 in the highest AHSAA ranking. Teams from Hamrick to Thompson have made 11 trips to the state playoffs, including the semifinals in 1997 and 2006, the quarterfinals in 2003, and a trip to the state championship in 2015. Thompson has also won the Birmingham Underground Championships in 2008 and 2011 and a Birmingham. -Huntsville Challenge Championship in 2013.

Coach Hamrick told the Centerville Press that although he lived in Shelby County for many years, Centerville & Brent will always be his home. He tried to thank the people who influenced him during his early years and mentioned his coaches at BCHS, including coaches Elliott, Moss and McCaleb. He also mentioned that he learned the value of hard work by spending summers at the Olon Belcher sawmill, working at Cahaba Falls under Mr. George Young, and planting trees with Cecil Lagrone.

Hamrick is retired from the school system, where he was a special education teacher and coach, and is now employed by the city of Calera to tend to the baseball facility, cut grass and maintain the grounds, he says.

When we found him to talk about his price, he was working with players on the pitching machine. Once a coach, always a coach.