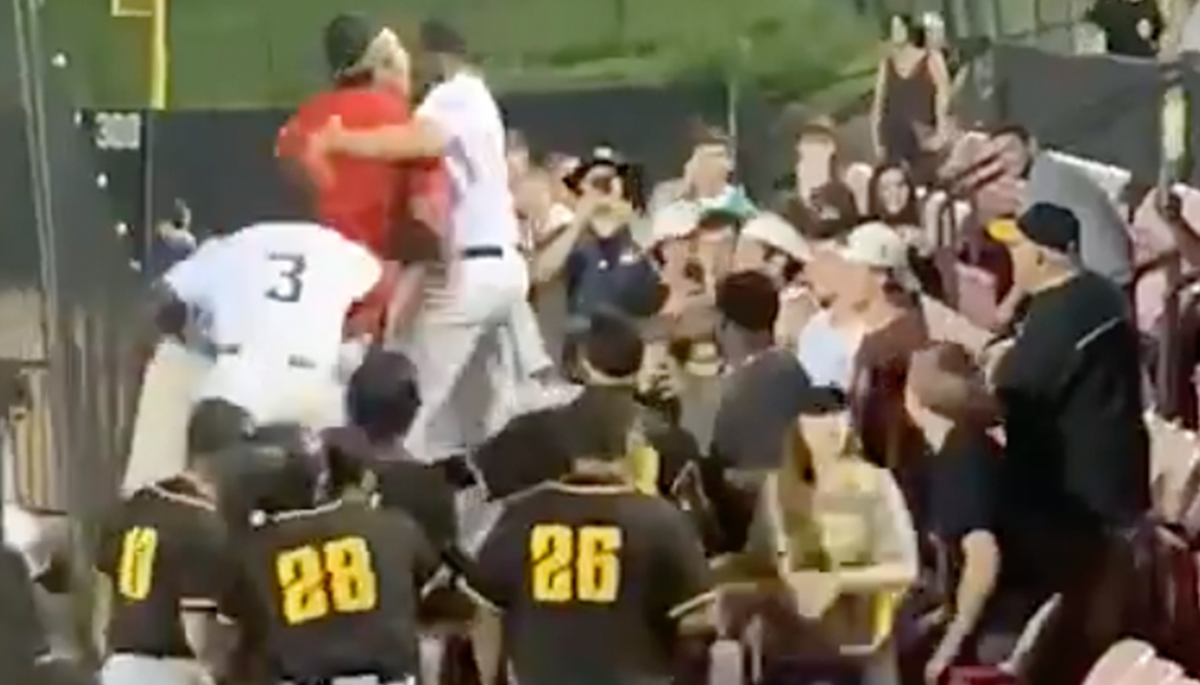 Being a minor league baseball player means willingly submitting to one of the least glamorous lives you can live while calling yourself a “professional athlete” as guys will spend years grinding and surviving on wages. ridiculously low in the hope that it all pays off. possibly obtaining an invitation to The Show.

I have long held that the marketing department of a minor league baseball team is its most valuable asset, as it is responsible for creating various promotions and gimmicks to entice people to devote their time and money to one. game featuring players they’ve never heard of on a plastered patch of ads for local credit unions and insurance brokers.

On Thursday night, the Frontier League’s New Jersey Jackals turned to a proven strategy to draw fans to Yogi Berra Stadium by hosting a $ 1 beer party. Unfortunately, things got off the rails a bit when a fan who had presumably taken full advantage of the promotion triggered a situation bordering on “Malice in the Palace” when they decided to throw a mug full of cheap foam in the direction of some members of the Sussex County miners.

Another fan captured video of players prevented from shooting a Ron Artest as they stepped into the stands in an attempt to confront the offending spectator, but were ultimately held up before action resumed.

A literal “Malice in the Palace” style brawl between players and fans in the stands of the NJ Jackals game has broken out as @ NjTank99 was judging a hot dog contest on the other side of the stadium.

Guess the Jackals haven’t learned anything about the dangers of discounted alcohol from Disco demolition party.