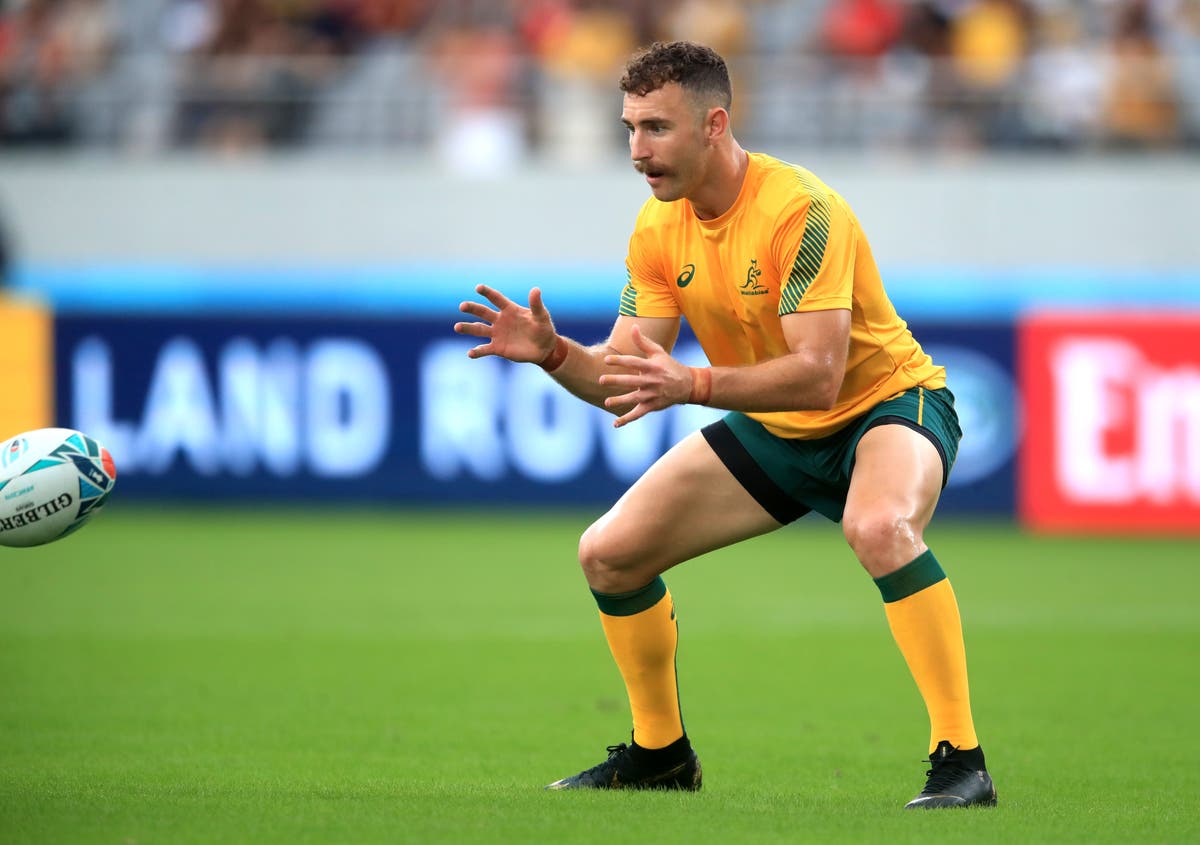 Australia are bracing for England to persevere in their tactic of trying to bait the ball for the Wallabies when the rivals clash in Saturday’s Series decider at the Sydney Cricket Ground.

Former Exeter scrum-half Nic White is left baffled by the level of annoyance directed at Australia in the first two Tests, although Courtney Lawes denies any provocation was part of a premeditated plan.

White was thrashed to the ground by Ellis Genge in the second Test and the England prop also shoved Michael Hooper triumphantly shoving him in the chest after a try was scored.

It continued what Australia claim was a deliberate policy that first surfaced in the series opener when Jonny Hill repeatedly targeted opposing number Darcy Swain off the ball.

After being pushed hard in the chest and having his hair pulled, Swain finally reacted with a headbutt on Hill and was duly expelled, resulting in a two-week ban.

When asked if he was surprised by the niggle coming from England, White replied: “Yeah probably a little. A little surprised but it’s two teams that are getting into it.

“We will expect the same this weekend, they will come after us. It’s part of the game.

“We’ll be looking to start this game more physically up front, but we won’t be baited into this off the ball thing. We’ll leave that to those boys.

“You have to be careful in those areas in how you fight back. With that of Genge, I was asked to calm down when I thought I was quite measured – you saw what happened – the penalty went the other way.

“You have to be careful. Sure, you don’t want anyone to rush, but there are quite a few worries.

“As I said, we will not accept this. At the end of the day, it’s a rugby game and the only thing that matters is who wins.

“We know there will be a lot of problems. There was some in the first two games and there will be again in this game, but we will do our best to focus on the rugby side.

Genge tackled White in the 16th minute at Suncorp Stadium, but instead of getting up he used his elbow, forearm and palm to keep the half-back pinned down.

Referee Andrew Brace reviewed the incident and only awarded a penalty to Genge.

“Leaning on me with an elbow is a nice way to put it. Ellis has that in his game,” said White, who spent three seasons at Exeter until 2020 and now plays for the Brumbies.

“We’re two guys who know each other from playing in the Premiership. Admittedly, we’re just two competitors.

“He’s a good man, a great player and a real talisman for England. I knew if he had the chance to get his hands on me he would have a crack with me.

“There was nothing malicious in terms of words, he just had a chance to get his hands on me and he thought he’d let it be known. It’s just rugby. I didn’t expect nothing less this weekend.

England captain Lawes laughed when told Australia had been targeted off the ball.

“No, we don’t. We usually piss them off because they don’t like us! I’m a skipper, luckily, and I’ve never heard of trying to wind them up,” Lawes said.

“We actually just want to focus on ourselves and play our game and we’re actually talking about not letting them get on our nerves, so it’s kind of funny that he (White) said that! That’s enough ironic!

“Boys can get pretty excited for games. I’m not going to sit here and lie to you and tell you that we don’t do anything when we do, but we haven’t talked about trying to liquidate them.

Which future Arkansas baseball players could be selected in the MLB draft?