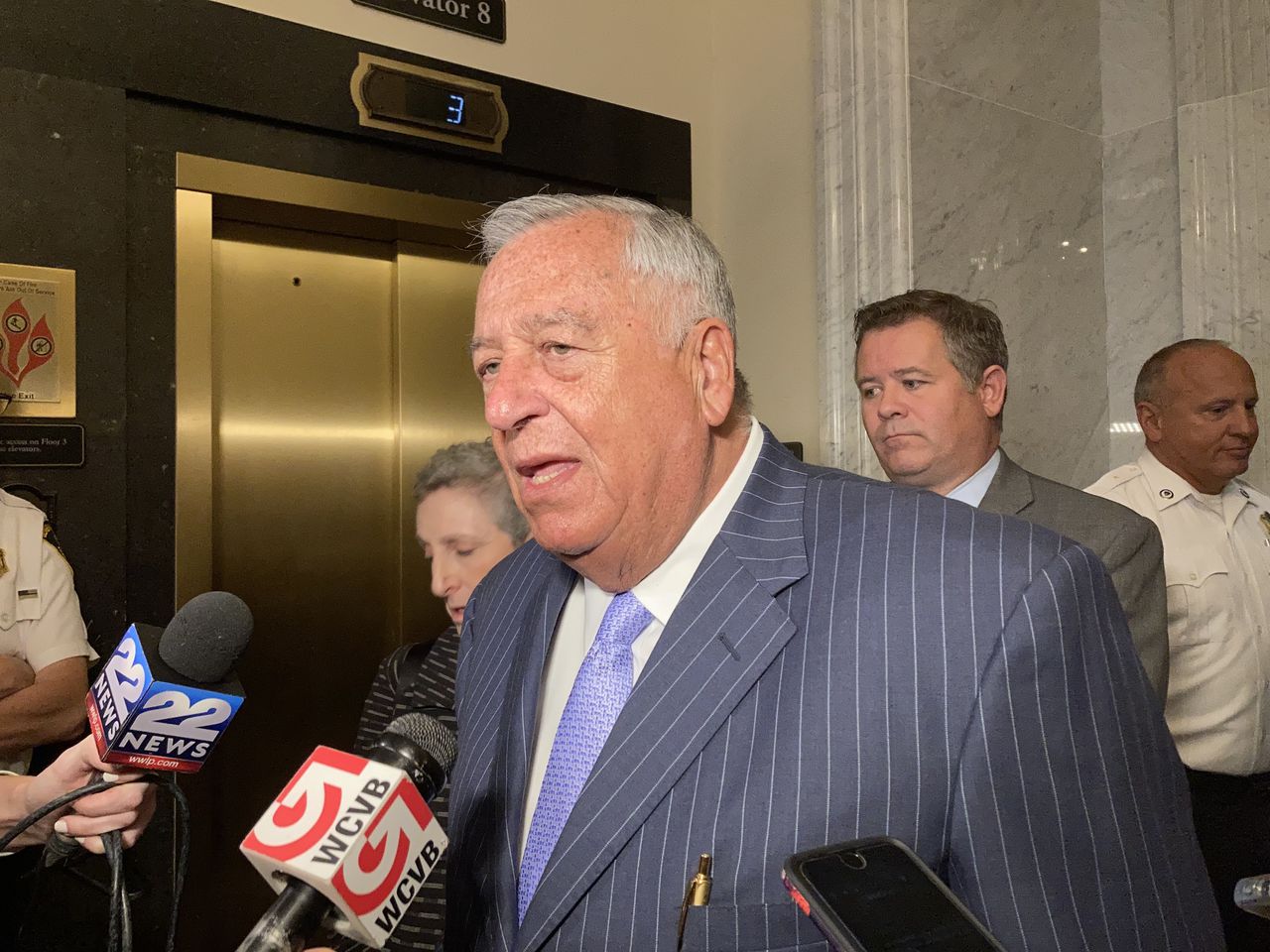 Anti-abortion tactics such as Texas deputizing people to make arrests in Massachusetts ‘will not be allowed’, say state leaders

As Beacon Hill lawmakers fiercely condemn the Supreme Court’s decision to overturn Roe v. Wade, the Massachusetts House of Representatives is set to pass new legislation on Wednesday to strengthen protections for abortion care providers and ensure access to reproductive health care in the Commonwealth.

It also expands protections for gender-affirming healthcare providers amid growing concerns that LGBTQ+ rights could soon be stripped away, as the Supreme Court ruling indicates. But lawmakers have refrained from explaining what additional funding might be needed to bolster the safety of abortion providers and prepare for an influx of out-of-state patients.

“You see other states like Texas delegating people to come in and arrest people in Massachusetts – that’s not going to be allowed,” House Speaker Ron Mariano told reporters Tuesday afternoon. at the State House, following a closed-door caucus with House Democrats.

“Since the Roe v. Wade change, we’ve learned that there are flaws and there are things that need to be fixed,” continued Mariano, who last week called the decision “horrible. “. “So we want to make sure we do it and do it as quickly as possible.”

The bill, which the House Ways and Means Committee released Tuesday morning, echoes Gov. Charlie Baker’s executive order issued Friday to protect providers as states across the country ban abortions and prosecute those who perform abortions. care for their residents in safe haven states, including Massachusetts. .

Mariano said part of the House’s goal was to codify Baker’s order into state law. He avoided describing how the House bill departs from Friedman’s amendment, although he said there were “major differences”.

State Sen. Eric Lesser urged his colleagues on Friday to pursue a constitutional amendment to strengthen safeguards around abortion care, but Baker ruled out that proposal at a press conference on Monday.

“We already have a decision that was rendered by our Supreme Judicial Court many years ago that for all intents and purposes codified Roe as state law in Massachusetts,” Baker said. “And obviously we have laws that have been passed in Massachusetts that do the same thing.”

Under the House proposal, providers will not be disciplined or risk losing their credentials for providing reproductive health care or gender-affirming health care services – as long as “they are legal and compliant.” to good medical practice if they occurred entirely within the Commonwealth. Under the bill, pharmacists, nurses, psychologists and social workers enjoy the same protections.

People facing so-called “adverse litigation” from outside Massachusetts who violate abortion rights here can retaliate under the House bill. In another important provision, the bill establishes a standing order allowing licensed pharmacists, after a training program, to provide emergency contraception.

Insurers cannot impose deductibles, copayments or other cost-sharing requirements related to abortion or abortion-related care, according to the bill.

State Rep. Michael Day, chairman of the House Joint Committee on the Judiciary, said Beacon Hill previously protected women’s rights by passing the ROE Act in December 2020 — in anticipation of the landmark case being dismantled by many. new Supreme Court justices.

“In this bill tomorrow, we anticipate what the next level of combat will be, which is other states trying to curtail our constitutional rights here in Massachusetts,” Day told reporters. “So those are safeguards that we’re putting in place to make sure that doesn’t happen, whether it’s protections for practitioners or protections for residents here in Massachusetts.”

During a State House News and MASSterList health care roundtable on Tuesday morning, Friedman said lawmakers must “do everything we can” to protect Bay Staters and visitors according to state law, including abortion rights and access.

“Laws in Texas, Oklahoma and places like that not only limit a woman’s right to control her own health care and her own body, but they also contain provisions allowing private citizens to sue people who have abortions or who provide assisted reproductive care, who perform abortions — all that kind of plethora of things that happen when a woman goes for medical care,” Friedman said. , Senate chair of the Joint Committee on Health Care Financing, as she offered context for her budget amendment. “So this doesn’t allow people to usurp our laws and regulations, but if they follow them , this amendment is there in order to give them a certain level of protection.

“We moved quickly last year with the composition of the Supreme Court’s change in protecting women here in Massachusetts and providers, and we will continue to do so,” Lawn said.

The governor indicated on Monday that lawmakers in Beacon Hill could allocate more dollars to reproductive health care before the end of the session. With budget deliberations underway, members of the House and Senate must reconcile differences in their abortion funding.

The Senate budget includes $2 million, compared to $500,000 for the House. Friedman on Monday called the Senate figure a “good starting point.”

“We’re certainly open-minded to move forward on this particular issue, but those are still tied to the negotiation,” Michlewitz told reporters on Tuesday. “We are working on it.”