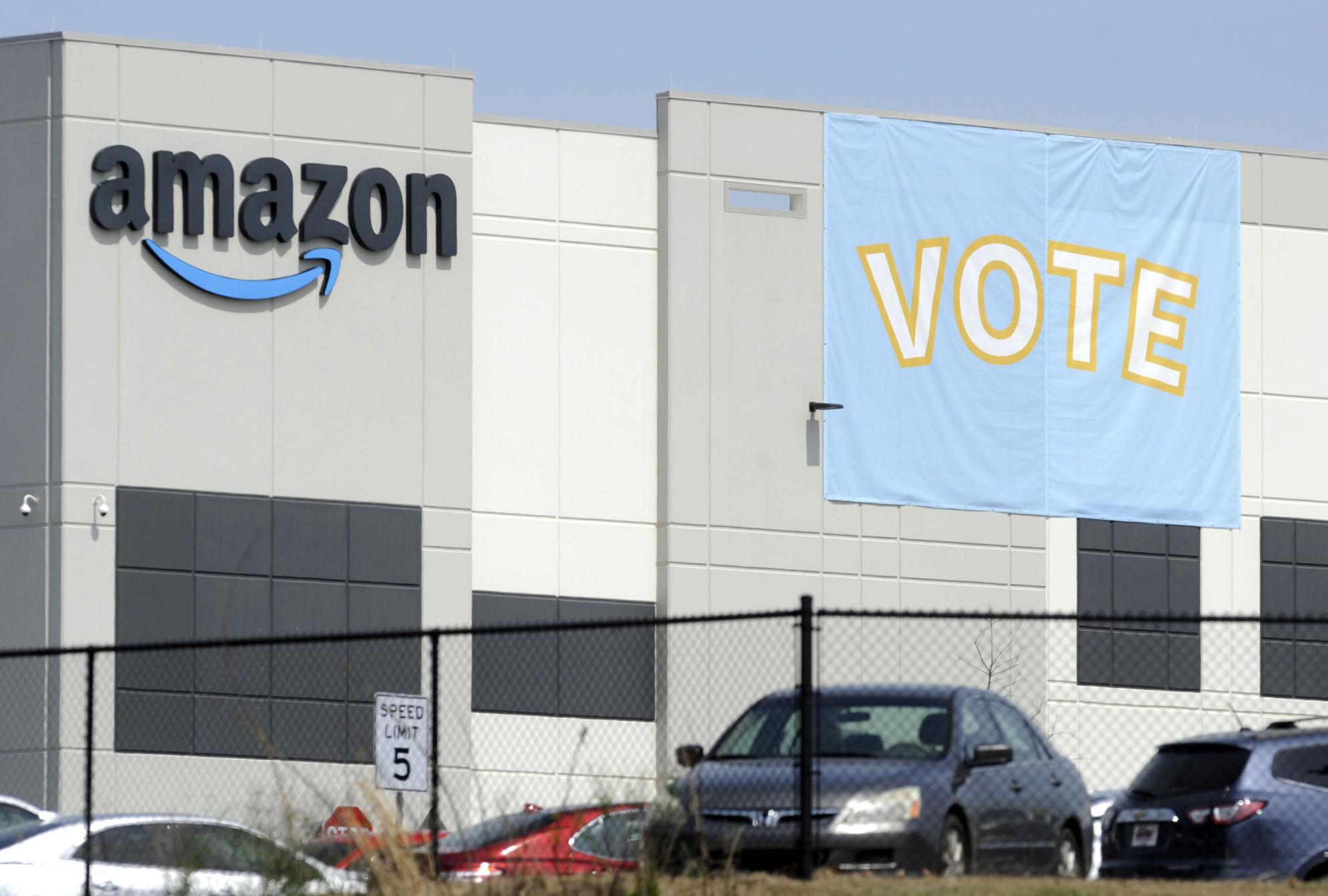 NEW YORK (AP) — Amazon workers and organizers in Bessemer, Alabama, are going door to door, sporting pro-union T-shirts and defying union-busting messages from consultants hired by Amazon as they attempt to convince their peers for the second time to unionize their warehouse in an election that begins Friday by secret ballot.

The new organizing tactic comes two months after the National Labor Relations Board ordered a revamped election after determining that Amazon unfairly influenced the first election last year. Workers at the time overwhelmingly rejected the union in a vote of 1,798 votes against 738 and a participation rate of 53%.

The Retail, Wholesale and Department Stores Union, which as last time is spearheading the union campaign, has sought help from other unions, including those representing teachers and clerks. posts.

RWDSU chairman Stuart Appelbaum said the union is also courting community groups like Greater Birmingham Ministries to amplify the message that Amazon workers are not just warehouse workers, but belong to communities and deserve respect.

“Alabama has a long history of denying workers’ rights in order to attract business,” said Scott Douglas, executive director of Greater Birmingham Ministries. “We have to put an end to this.”

RWDSU estimates that more than half of the roughly 6,100 Alabama plant workers who voted last year remain eligible to vote in the current election. But the numbers also point to high worker turnover — a problem that has made it difficult to organize efforts to gain ground in Bessemer and elsewhere.

The organizers are nevertheless optimistic. Vaccines have made it easier for them to hold face-to-face meetings during the pandemic, as opposed to the text messages, emails and phone calls they relied on last year. They also say workers are more open to unionizing and new hires are taking notice of social unrest which has become even stronger in recent months, not only at Amazon but also at other companies such as Starbucks.

“We are letting Amazon know that we are going to stick together. We will work together and we will be one,” Bessemer worker Kristina Bell said during a call organized by the union last week.

Election rehearsal sheds light on Amazon and how it treats its workers. Pro-union workers at the Bessemer warehouse complain of 10-hour shifts with little time for breaks.

Barbara Agrait, a spokeswoman for Amazon, countered in an email to The Associated Press that full-time employees at the Bessemer facility earn at least $15.80 an hour and have access to health care on the first day of work, and a matching 401(k). program with matching contributions from the company. Additionally, Amazon will pay full tuition for employees after three months of employment. Agrait further noted that more than 450 employees have been promoted since the warehouse opened in spring 2020.

“Our employees have always had the choice whether or not to join a union, and our goal remains to work directly with our team to make Amazon a great place to work,” Agrait said.

If the organizers are successful, the Bessemer warehouse would be the first syndicated Amazon site in the United States. The company is fighting a separate attempt by workers to unionize a New York site.where last week the fledgling Amazon Labor Union gained enough support to hold a vote.

The RWDSU still faces an uphill battle with Amazon, which has not backed down on its anti-union stance. Workers say the company continues to rely on consultants and managers to hold mandatory staff meetings to explain why unions are a bad idea.

Agrait defended the meetings: “If the union vote passes, it will impact everyone on the site, which is why we hold regular briefings and give employees the opportunity to ask questions and to learn what it could mean for them and their day-to-day life working at Amazon.

The company also retains a controversial US Postal Service mailbox that played a key role in the NLRB’s decision to invalidate last year’s vote. Amazon had argued it wanted to make voting more convenient for workers, but the NLRB said the mailbox gave the false impression that Amazon was running the election.

The mailbox has since been moved from the entrance of the establishment to another part of the parking lot. And, under new election rules, it no longer contains the signage that Amazon erected last year.

But the union says the mailbox is still under video surveillance and may give workers the false impression that they can only drop off their ballots there at the post office or send in their ballots from home.

“The whole election was canceled because of the mailbox. It needs to be removed,” said Darryl Richardson, an Amazon worker at the Bessemer plant.

The NLRB declined to comment. The agency will begin mailing ballots to workers on Friday; ballots must be returned to the NLRB regional office by March 25. The counting of votes begins on March 28.

For its part, Amazon has reached an agreement with the NLRB pledging to refrain from activities such as threatening workers with disciplinary action or calling the police when they engage in union activities in non-work outdoor areas during a non-work environment.

But John Logan, director of labor and employment studies at San Francisco State University, said the settlement only requires Amazon to act within labor law, which favors employers. He noted that current labor laws give companies a lot of leeway, including holding mandatory meetings that can potentially intimidate workers and send a barrage of anti-union messages throughout the workers’ day.

Appelbaum and some Amazon employees say they pushed back those mandatory meetings, correcting consultants or others responsible for any misrepresentations and sometimes even closing meetings.

Still, Logan says that even though Amazon made missteps in the last election, it continues to get better at anti-union campaigns, figuring out what it can and can’t do.