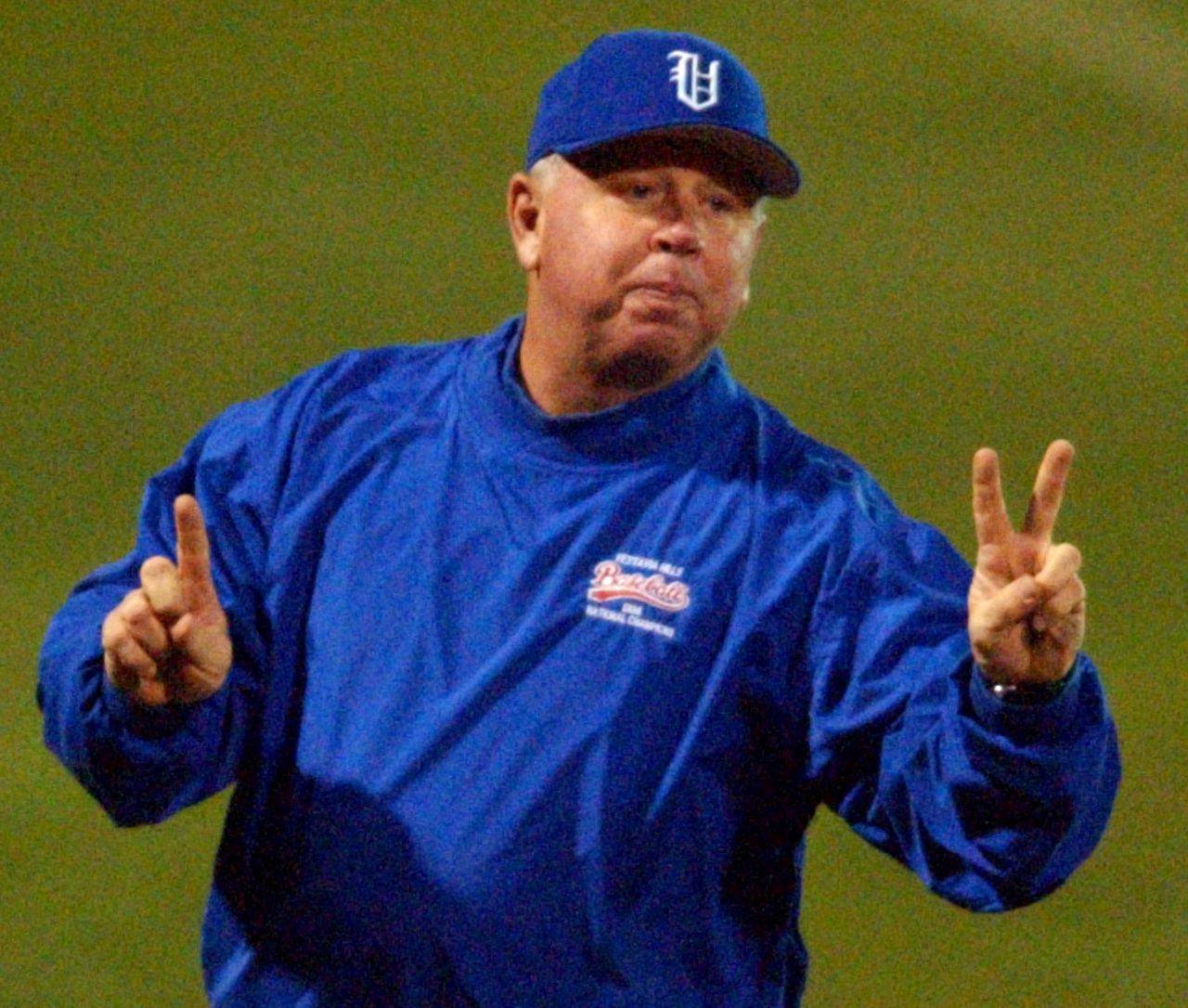 The American Baseball Coaches Association announced Tuesday that a pair of coaches with ties to the state will be inducted into the ABCA Hall of Fame in January 2021.

Dunn is one of the most successful baseball coaches in state history, compiling a 647-146 (.816) record in 27 seasons, all at Vestavia Hills.

Dunn, who died in 2004, was the winningest baseball coach in state high school history at the time of his death. Its Vestavia Hills teams have never posted a losing season, and more than 100 of its players have earned college scholarships. In fact, 12 Vestavia Hills alumni competed on teams in the 1996 College World Series in Omaha.

ALABCA presents the Sammy Dunn Memorial Award to one of the state high school baseball championship coaches. It is the association’s highest honor.

He was inducted into the Montevallo Athletics Hall of Fame in 1997 and played third base for the Falcons for two seasons from 1974 to 1975. He transferred to Montevallo before his junior season after being named co-player of the Year in Alabama at Jefferson State Community College in Birmingham.

Baird compiled a record of 779-394-1 (.664) in 21 seasons as a collegiate head coach at East Carolina and Auburn, guiding the teams to a combined 12 NCAA tournament appearances and two berths in the College World Series.

Baird played college baseball in East Carolina and professional baseball in the Cleveland and Kansas City organizations. He joined the East Carolina coaching staff as an assistant in 1977. Prior to the 1980 season, he was named the 11th head coach in program history and would lead the Pirates to a pair of CEAC-South championships (1982 and 1984) and three NCAAs. participation in tournaments (1980, 1982 and 1984). Baird finished his career at East Carolina with a 145-66-1 (.684) record over five seasons.

Baird took over at Auburn in 1985 and became the winningest coach in school history.

In 16 seasons, Baird led the Tigers to a 634-328 record, and his .659 winning percentage ranks first among Auburn coaches with more than one season at the helm. Baird’s teams won at least 30 games in each season he was head coach, including two 50-win seasons in 1995 and 1997. No other coach in Auburn history has won 50 games in a season.

Auburn qualified for the College World Series in 1994 and 1997 and appeared in nine NCAA regional championships, winning regional titles in 1994, 1997 and 1999. Baird was ABCA/Diamond Sports South Region Coach of the Year In 1994.

Under his tutelage, 13 Auburn players won All-America honors and 51 were selected in the MLB Draft. Auburn player Tim Hudson was named the 1997 SEC Player of the Year.

Baird was a standout pitcher for East Carolina prior to his coaching career, leading the staff in strikeouts during his two seasons at East Carolina. A 1971 graduate, Baird helped the Pirates win a Southern Conference title and an NCAA Tournament appearance in 1970. In that year’s league championship game against George Washington, Baird broke a record of the Southern Conference 20 batters. His 105 strikeouts in 1971 rank among the best performances in school history.

Baird was inducted into the Eastern Carolina University Athletics Hall of Fame in 1994 and the Alabama Baseball Coaches Association Hall of Fame in 2006. He has also been honored as a legend from the SEC in 2013.