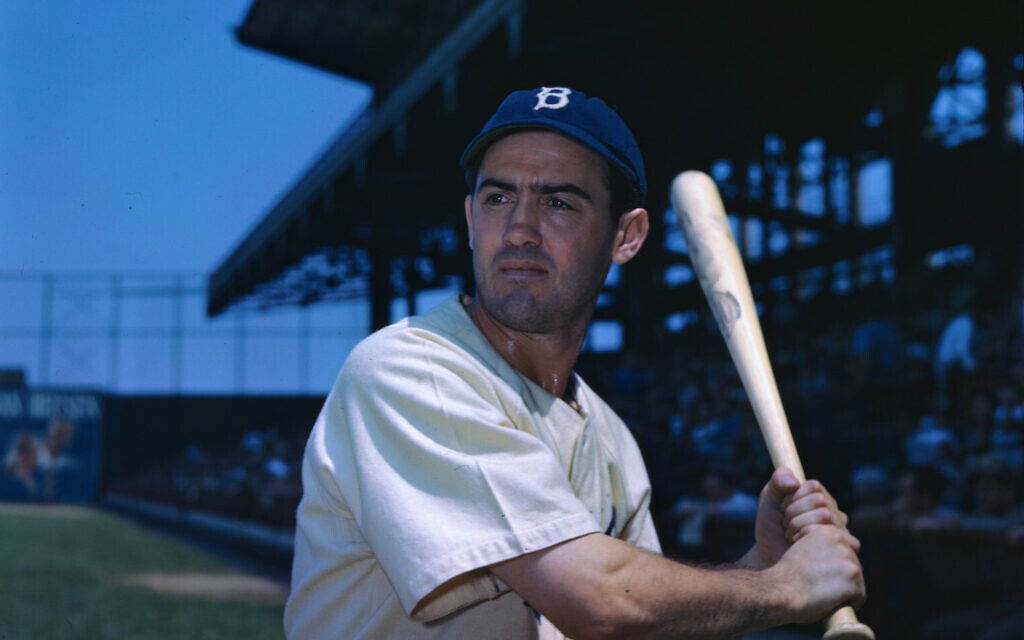 JTA — Jewish baseball fans (and many non-Jews) know the names and accomplishments of Sandy Koufax and Hank Greenberg.

Both of these players have hallowed status in the greatest books of American Jewish history.

Howard Megdal, who writes for Baseball Prospectus and extensively on women’s sports, released an updated version of his 2009 book “The Baseball Talmud: The Definitive Position-by-Position Ranking of Baseball’s Chosen Players” in May.

To mark the moment, we’ve highlighted 10 lesser-heralded players from his long list — all of whom played long before contemporary Jewish baseball stars like Alex Bregman and Max Fried were born.

Born in 1910 in Superior, Wisconsin, Arnovich was pushed by his parents to become a rabbi. Needless to say he had other ideas. Arnovich, reportedly dubbed “Son of Israel” in the Jewish press, played five full seasons with the Philadelphia Phillies, Cincinnati Reds and New York Giants before enlisting in the military in 1942. after the attack on Pearl Harbor. He was a National League All-Star in 1939 with the Phillies, hitting .324 with 67 RBIs. During his career, Arnovich hit for a high batting average and played excellent defense, compiling an impressive .981 save percentage. After his playing days, he returned to Superior, where he coached at a local Catholic high school. He died of a coronary artery blockage at age 48 and was buried in Superior Hebrew Cemetery.

Elliott Maddox of the Washington Senators poses for a portrait in 1971. (Louis Requena/MLB via Getty Images/ via JTA)

A scanned copy of a Barney Pelty baseball card for the American Tobacco Company, 1909-11. (Heritage Art/Heritage Images via Getty Images/ via JTA)

Steve Stone of the Baltimore Orioles throws during a Major League Baseball spring training game, circa 1981. (Focus on Sport/Getty Images/ via JTA)

When Stone made his debut in 1971, Larry Jansen, a Giants coach, called him “the most promising young pitcher we’ve seen since Juan Marichal arrived.” In 1980, Stone hosted one of the most surprising seasons in baseball history. After finishing with an ERA below 3.95 only once in the previous seven seasons, Stone went 25-7 with a 3.23 ERA for the Baltimore Orioles, earning the American League Cy Young Award. Writer Ron Fimrite, in the May 17, 1971, issue of Sports Illustrated, called Stone “a Jewish intellectual… who just might be a right-hander (Sandy) Koufax.” Stone would go on to become a longtime television commentator for the Chicago Cubs and later the Chicago White Sox.

10 Jewish Baseball Players From History You Might Not Know